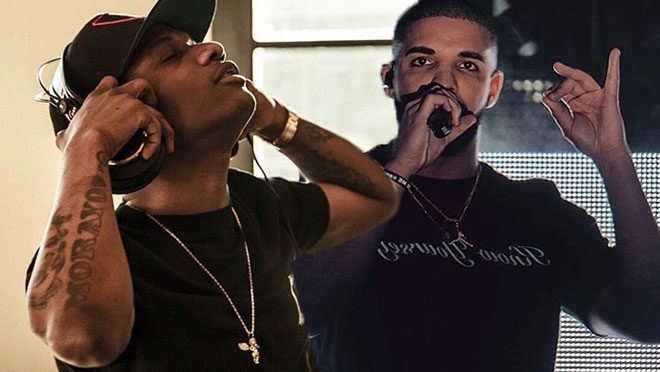 Nigerian Afropop artiste, Wizkid was brought on stage at the O2 Arena in London Monday night 8th of April by Canadian rapper, Drake to perform their hit single, Come Close during his Assassination Vacation Tour where he'll be spending seven days performing at the O2.

Wizkid's presence was greeted with a loud cheer from the crowd who were excited to not just enjoy the song but also see the African Starboy on stage who has also been on his own mini-tour lately covering different cities in Canada, from Ottawa, Toronto, Montreal and Edmonton.

Come Closer is a 2017 hit song released by Wizkid where he featured Drake. Although the song featuring Drake, the Canadian rapper couldn't make an appearance in the video and Wzkid's fans and other Nigerians dragged Drake on the internet for featuring but not appearing. Rumours did circulate of an unknown issue between Wizkid and Drake, but that was never confirmed by both singers who maintained their friendly relationship both on and off social media.

Wizkid coming up on stage to perform Come Closer and also Soco is huge, not just for him as an artiste, but for African music as the show in O2 Arena will further expose Afrobeat to a more international crowd.

Wizkid also made an announcement recently that he has a new collaboration in the works with the Canadian rapper, Drake.

That moment when @Drake brought @wizkidayo out on stage at @TheO2 to perform #comecloser ???????#Notjustok pic.twitter.com/XksNZ2NlDf

Wizkid and drake. Very happy to see them together. I love @wizkidayo pic.twitter.com/t6r8Ibyplo