Don Jazzy has this to say for established Artiste

Mavin Records Overseer, Don Jazzy has news for any musician who has made it in the music industry but decides to be Lazy. 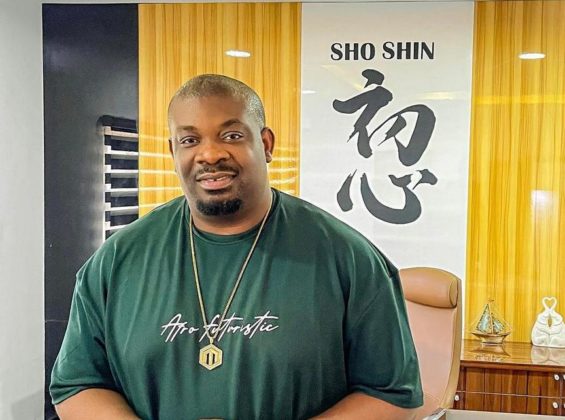 The producer and record executive, on Tuesday 22nd of June 2021 took to his Twitter page to appraise the younger generations of artists for their immense creativity, leaving a warning for the established act that might want to get lazy. He tweeted:

The quality of music that these young new artists are making ehnnn. i listen to them and i’m scared for any established artists that decides to be lazy 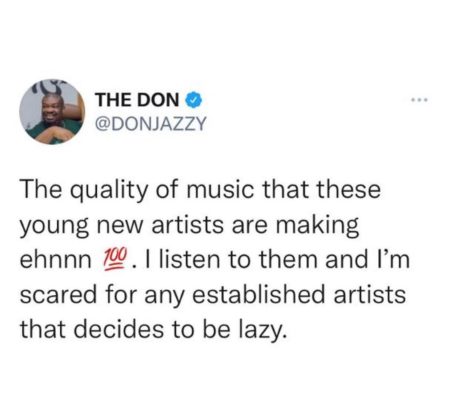 The Mavin boss who is known to be very jovial and accommodating was crucial in cementing the gateway to the “Afrobeats to the world” movement alongside his then partner and Veteran Singer, D’Banj. The prolific producer, singer, and sound engineer started his label Mavin Records in 2012 after he fell out with D’Banj which led to the demise of their former label –Mo’Hits.

Mavin Records over the years have become one of the biggest record labels in Africa producing the biggest exports from Africa. As of last week, Mavins still had two of their label Signee – Rema and Ladipoe in the first and second position of Nigeria’s top 100 Apple music chart. Listen to the two singles below: