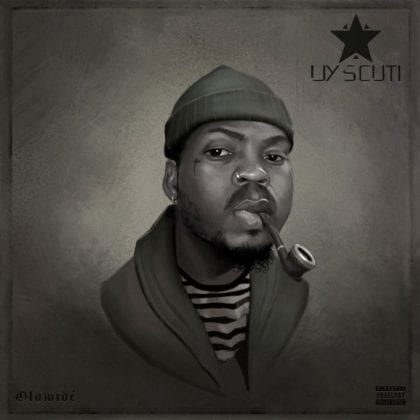 The 11-track project features Phyno, Fave, Layydoe, and Jaywillz and was released on Friday, the 18th of June 2021. Glowing reviews have trailed 'UY Scuti' on social media since the release this morning, especially from fellow celebrities like Don Jazzy. Timi Dakolo sent out a post on Twitter, asking that Olamide be given his flowers;

Olamide just reminded us all, why they call me Baddo

He left us in a trance. This is a damn good album, beyond mature, magically different and heartfelt #UyScuti

Olamide ‘s versatility is too impressive. His ability to adapt to new sounds is even more splendid. #UYSCUTI is such a groovy, smooth-sounding album. Baddo obviously put in lots of work to make a very matured album!. Great stuff! 🔥👏🏼 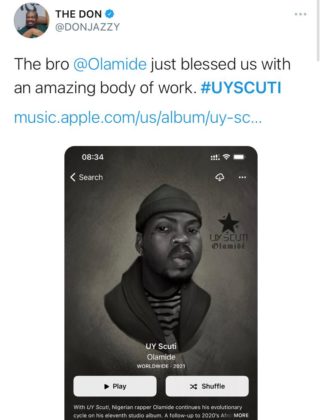 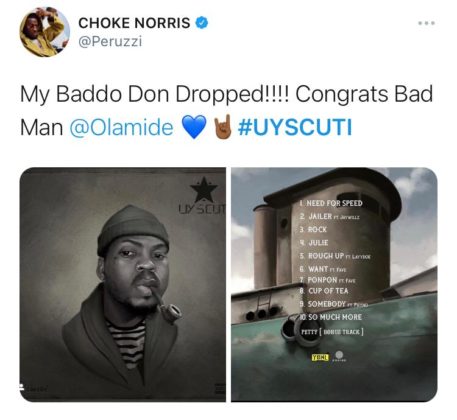 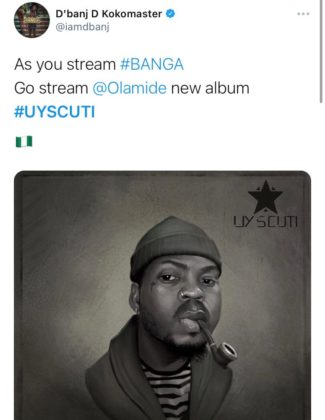 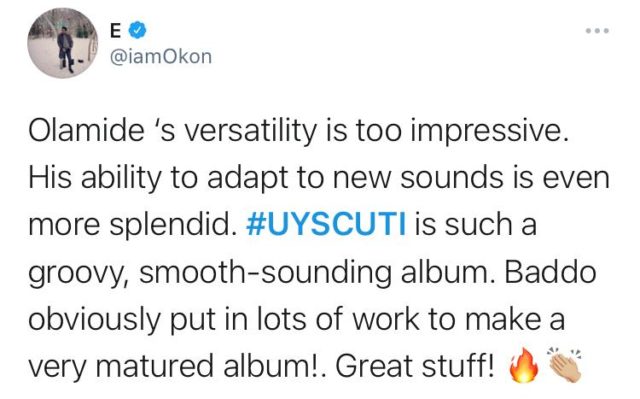 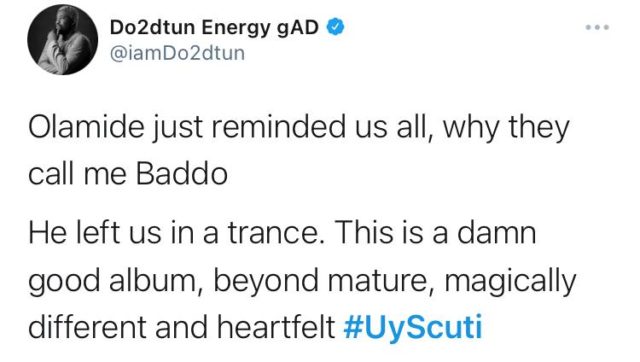 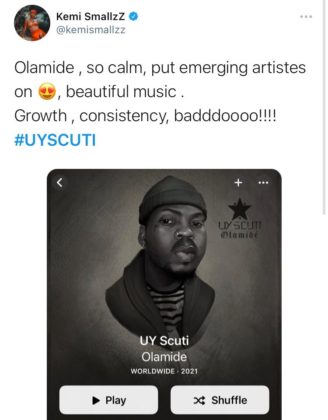 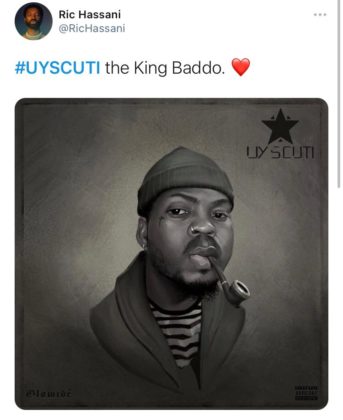