Does Tiwa Savage Shout While Performing??

An On-Air Personality, Misi from Hot Fm has given her opinion about Mavin Queen's voice, Tiwa Savage, stated that all she does is shout and nothing more. 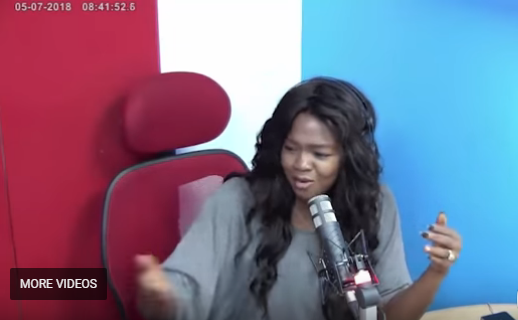 This opinion was given during an interview with Yemi Alade who while singing played with her vocal prowess and dexterity. The quality of her voice brought on the question of sound comparison and how she feels being compared to artistes like Tiwa Savage. The other OAP, Misi, did not allow Yemi Alade to answer the question before interrupting to say both sounds cannot be compared as Yemi Alade sounds better. To her, Yemi Alade flows with her sound while Tiwa just shouts... Ouch! She said;

"Personally speaking I've heard Tiwa in public, I heard her a couple of weeks ago and she shouts but she (Yemi Alade) even sitting right here and you can hear her range. I'm not hating, I'm just stating a fact. I know this gets me in trouble all the time, I speak the truth. For example, she is sitting here, she is singing, she is giving me goosebumps basically and I heard somebody just a couple of weeks ago live, the tunes are good coz I danced to it and everything but real;ly your range is quite exceptional I must say" and Yemi Alade responded with "Merci Beaucoup"

Apparently, Misi had been somewhere a week before that show and the singer had, to the hearing of the OAP, been shouting which she made it a duty to state.

Isn't that her opinion?

While a lot of people might think she was just airing her opinion, it is never a good idea to bring down someone else because you want to make another feel bad and especially if you have people listening and your opinion has the tendency to shape their opinion about the person in question.

So Does This African Hip Hop singer Shout?

From interviews and videos seen, you'll realize that Tiwa is a soft-spoken woman that is as talented as they come. Now in terms of her performance during shows, one cannot expect a hip-hop artiste to sing to her crowd the way she'll sing in the studio, especially if she's trying to be ahead above the sound of the instrumental or trying to be heard by her fans and connect with them and we know how hyper fans can be with their artistes. Tiwa might not use the same pitch to sing all her song and the one she decided to increase the pitch while performing doesn't mean you should draw your conclusion on that one performance. So right now let's just say only Misi understands what she is saying as most respondents on social media seem not to.

But have you heard Tiwa perform and when you did, do you think she shouts?