Foremost Nigerian disc jockey, DJ Spinall is taking the party to London with the announcement of a live concert to be held at the Indigo at the O2.

DJ Spinall announced his live concert in London via his Instagram page on Monday, the 19th of July 2021. He told his fans in the capital city that he misses them and cannot wait to be with them. 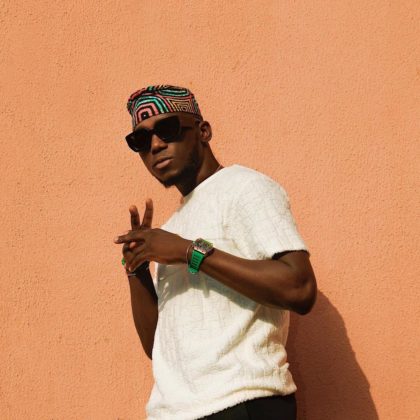 In his Instagram post, DJ Spinall wrote that his live concert in London will be held at the Indigo at the O2 on the 26th of September, 2021. He also promised to give his fans who buy tickets for the show and attend, the biggest party experience. In his words;

London It’s Been A Minute !!!!’ I miss your energy !!!! I will be headlining Indigo @ The 02, London on September 26th. Bringing with me the biggest party experience ! Tickets on Sale this Friday, July 23rd ... Powered By @iamsmade @smadeevents @thecapmusic 💫 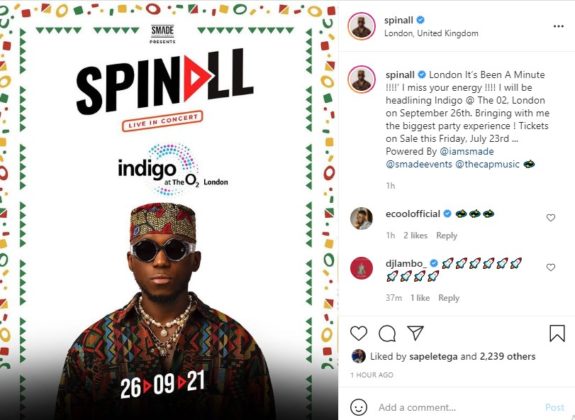 DJ Spinall's performance at his live concert in London is bound to see him perform songs from his latest album, Grace. In a chat with NJO last year, Spinall revealed that he desperately wanted Davido, Olamide, and Terri to be part of the album. He said;

The sound most times directs me on the route to go. I’m also disappointed Davido, Baddo & Terri didn’t make it. I tried and tried but just couldn’t get them cleared before the time of release but the records are all fire & will be out soon God willing.