Diddy Opens Up, Says He’s Blessed To Have Worked With Burna Boy 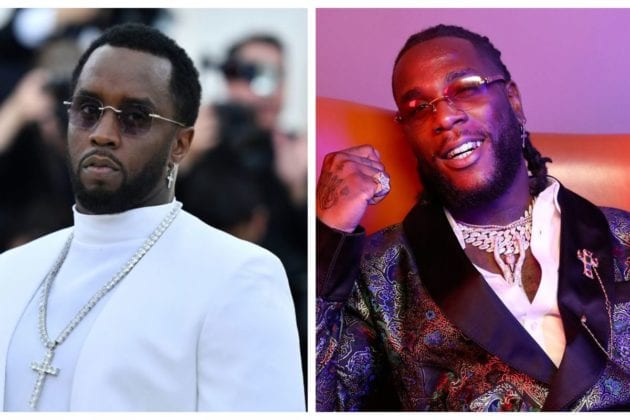 The superstar made this revelation via Twitter on the 15th of August where he stated that he had been meaning to connect with the “motherland” for the longest time and Burna Boy’s call came to him at a time when he was praying for such connection.

Dear Africa, you have been heavy on my mind and my heart … I’ve been trying to connect to the motherland for a minute, but I never got a chance to do it properly. When I say properly, I mean in a soulful spiritual way.

But during this time we’ve had off, God blessed me to get a call from my brother @BurnaBoy

I think it’s so important we all make it our mission to build a bridge to the motherland. Let’s continue to uplift and build with our brothers and sisters. It’s what THEY fear the most… Strength in numbers. Love, your brother Diddy. See y’all soon! #BlackUnity #TWICEASTALL” 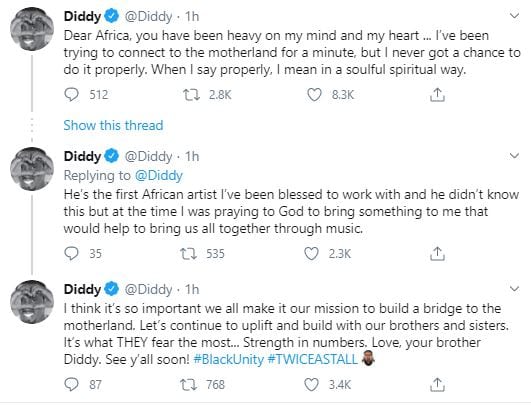 Before Burna Boy’s Twice As Tall album dropped, Diddy announced that the album will be the album of the year considering the content and caliber of artistes featured.