Off his most recent album, Nigerian singer. Davido has unveiled the teaser for his collaboration with Chris Brown and Young Thug, 'Shopping Spree'.

The singer dropped the teaser via his Instagram page on Thursday, the 15th of July 2021. Davido posted a teaser of about 20 seconds and revealed that the video for 'Shopping Spree' will be released tomorrow. 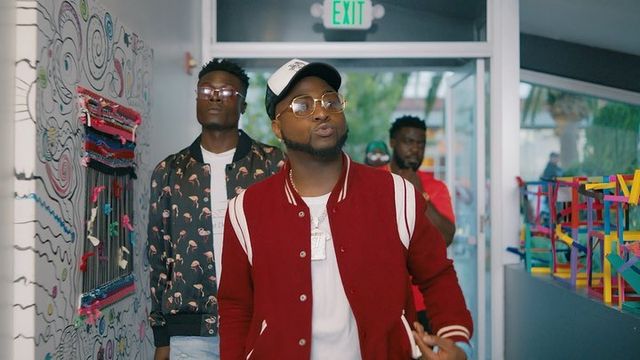 The release of the Chris Brown and Young Thug-assisted video has been set for 4 pm Nigerian time. On dropping the teaser for the 'Shopping Spree' video, Davido wrote;

The teaser for the 'Shopping Spree' video is Davido getting back to the music after dealing with the death of a very close friend. Just yesterday, we reported that the singer in the company of Tiwa Savage visited the grave of the late Obama DMW in Epe. Obama, until his death was a widely regarded music executive and close friend of the superstar singer, Davido.

'Shopping Spree' is one of the songs off Davido's latest album. 'A Better Time'. The song features American artists, Chris Brown and Young Thug. This is however not the first time Davido is working with either artist. Davido worked with Young Thug and Rae Sremmurd on his 2017 single, 'Pere'. He also has a well-documented relationship with Chris Brown. He featured the singer on his previous album, 'A Good Time' on the song, 'Blow My Mind'. Chris Brown returned the favor by featuring him on 'Lower Body', a song off the extended cut of his 'Indigo' album.

WATCH THE TEASER FOR 'SHOPPING SPREE' BELOW: