Davido Shares Inspiration Behind ‘A Better Time’ Album With Vype

With back to back hit songs and years of conquering Africa to the world, Nigerian megastar, who was born with a silver spoon but hustles like he came from nothing, Davido shares with Vype about his ‘Route of inspiration’ in creating his 3rd studio album, ‘A Better Time‘. 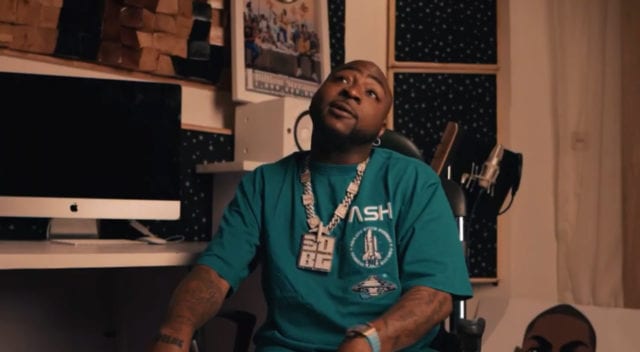 While talking about his musical inspirations, the ‘baddest’ as he is fondly called expressed the importance of having the foresight to help plan. Davido said:

Every time I make a song I already imagine how it’s going to be in shows, in the clubs. As an artist, you have to foresee that and plan for that, when I make my music I definitely think about the future and what the songs are going to be.

The FEM crooner further expressed how his exposures during tours became a muse to him, including the adrenaline he receives from performing to his fan with the fans singing back his words. He said:

Touring, travelling gives me so much inspiration, performing alone and seeing the people singing and going crazy to what you just recorded in the studio,  it crazy mehn, the energy the life, the experience. Being on road with my friend’s, like these are stories we will tell our kids, grandkids, the experience is very important.

Omo Baba Olowo himself opened up about how he stumbled into the making of A Better Time album largely because of the pandemic. In his words:

The process of making A.B.T wasn’t planned at all, to me I think the pandemic had a lot to do with it cause I was on tour obviously, so I had to stop tour. I’m sure if I was the tour, I don’t think I would have had time to even record but you know, being in Lagos and being at home, I was just recording and recording so many songs, it ended up being like really good. After a while, we were like yo, we are going to put out something. You couldn’t go anywhere we were just at home, nothing else to do that just record. Normal we are in the studio, at night we are the club, we didn’t really have anything to do than sleep and wake up to music.

The DMW boss talked about the making of A Good Time and how in comparison to A Better Time, the making was completely different. He said:

For A.G.T, I was in America for a while though and I recorded that in America, I was away from my producers and it was quite difficult, but we were communicating through phones and emails but A.B.T we actually made the music in Lagos though and that’s what made it special though. I had like the first set of songs then we started adding songs and adding songs, it really took like 3months to record, even in my trip to America, I added like 3 more songs, now I think the album is 17 very strong records that we took our time to make.

Davido also talked about the inspiration behind the name the album A Better Time, he expressed that its the continuity of A Good time that was creating his previous album. Furthermore, he talked about the flavours of the artiste on the A.B.T album amongst other things.