Still on the Bounce interview between Davido and media personality, Ebuka Obi-Uchendu, Davido has revealed that he's working on new music with D'Prince's artiste. 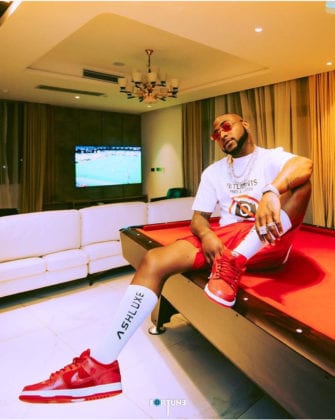 In another version of the presently three-part interview which surfaced today the 3rd of October, Davido revealed how important it is to support up and coming artistes with your influence. According to Davido, this is one way that'll ensure his relevance in the industry in years to come as many artistes whom he has raised will directly or indirectly keep him in the news.

In the same breath, he revealed that he just recorded a song with a new artiste signed with D'Prince's Jonzing World and although he refused to give up the name of the artiste, he said people will be shocked at the rise of this new artiste.

Yesterday I just did a song with the one (Artiste) that comes after Rema in D'prince's label, I just go see Prince on a random p e get one business wey we dey do, i hear song i do am. E go shock you say that boy go be the next number one, E go come, OBO make we do song I'm there

Click the link below to watch the full video