VIDEO: Davido Bares All in New Interview With Ebuka

Davido had a heart to heart conversation with BBNaija host, Ebuka Obi Uchendu, today 30th of September 2020 and he revealed a lot about himself from fatherhood to his relationship with his fiancée, Chioma. 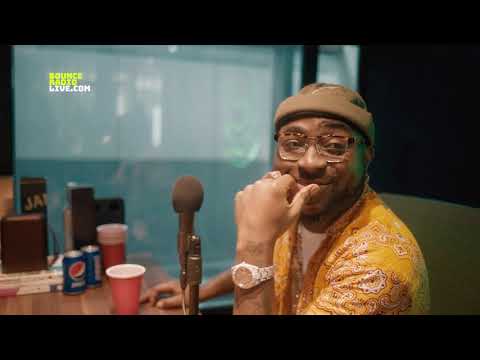 The interview started with Davido talking about fatherhood and how it is important for him to be a good role model for his son, Ifeanyi, remembering an advise his father was always giving him about the importance of family and how he should be conscious of his actions as they might affect his family.

You know girls always love their dads. Their moms really train them on how to be women, how to be respectful, how to respect themselves, have self-respect, but as a dad, I gats train my son say, and wetin you no suppose do, and wetin you suppose do, so I have to make sure that I see him every now and then...

On if he'll want any of his children to do music, Davido said with emphasis;

He went on to talk about his relationship with Chioma and how well she's handling a fame she never really planned for.

Contrary to assumptions, Davido revealed he has been dating Chioma for the past five years and not when he sang Assurance.

Watch Davido interview with Ebuka below;