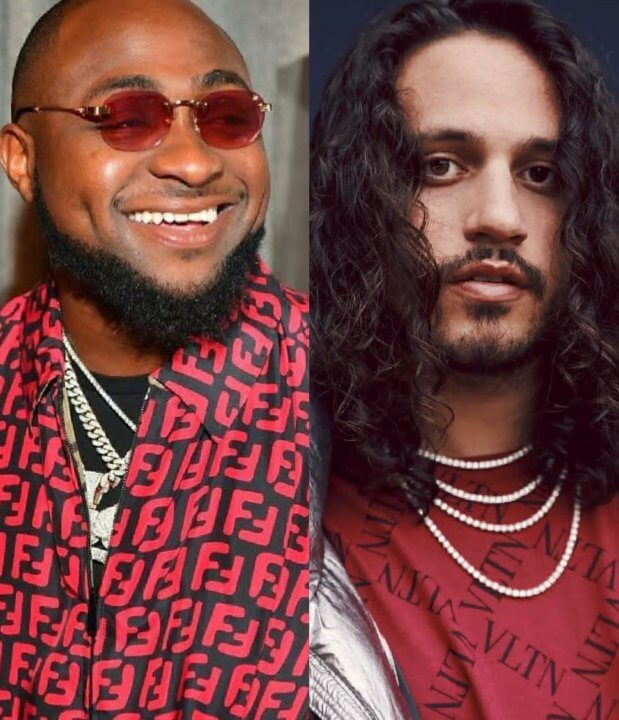 Chairman of the 30 Billion gang, Davido has revealed he'll be collaborating with American rapper, Russell Vitale popularly known as Russ this year, (2019).

This announcement was posted on the singer's Instagram which was a repost from @Walekwame Instagram story on Tuesday, 23rd of April.

The news of collaboration has been termed the "Biggest collab 2019" and has been confirmed by both Davido and American rapper, Russ via their Instastories.

As announced by Davido?... who's ready for the biggest collabo?? @davidoofficial X @russ ? #Davido #Russ #Notjustok

Russell Vitale is an American rapper, singer, songwriter and record producer. He is known for his singles "What They Want" and "Losin Control", which peaked respectively at number 83 and 63 on the US Billboard Hot 100. Outside of his solo music, he is part of the Diemon Crew, a rap group.