Davido Responds to Koffee’s Comments About His Music | WATCH

Nigerian superstar, Davido has requested for a collab with Jamaican wonderkid, Koffee after she confessed to loving him and his music in a recent interview.

In a recent interview, Koffee revealed that she has always been a fan of Davido’s music and him as a person, and the singer in his response asked that they work on a collab together. He shared this vis his Instagram stories on Friday, the 19th of November 2021. 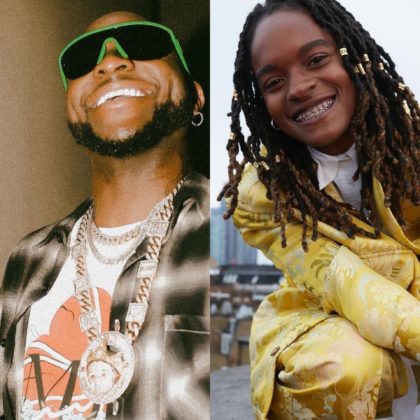 Koffee was speaking at a recent interview with BBC Radio 1Xtra when she spoke about her longtime admiration for Davido and his music.

Responding to Koffee’s interview via his Instagram stories, Davido asked that they get into the lab (studio) to make some collabs together. The singer shared the snippet of her interview where she spoke about him and wrote; “@originalkoffee let’s get in the lab sis”