Nigerian superstar, Davido was live on CNN recently in a new video interview where he discussed the export of afrobeats music to the world.

In the new video interview with CNN, Davido spoke about his recent birthday fundraising while also explaining the importance of Afrobeats music. The video was shared via Youtube on Thursday, the 26th of November 2021. 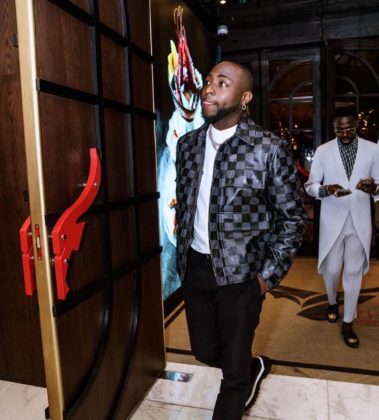 The afrobeats scene has been really busy this year with some very notable movements on the global scene. Wizkid's Essence leading that charge broke countless records on it's way to a record top 10 placing on the Billboard Hot 100. Another big afrobeats song this year was CKay's 2019 hit, Love Nwantiti which gained ground globally through TikTok videos. This record-breaking year was possible in part due to the work put in by afrobeats heavyweights like Wizkid, Davido, and Burna Boy over the years.

READ ALSO: It's Davido's Birthday! Here are 6 Times He Was A Man of the People

In the new video interview with CNN, Afrobeats superstar, Davido also spoke about his recent birthday fundraising, clarifying that he never asked people but his own friends to send him money. He also spoke about the movement of Afrobeats to the world, saying that nothing is impossible to achieve.