Nigerian singer, Cuppy has revealed that she is working with legendary British musician, Donaeo on new music, and he brought her back to the studio. 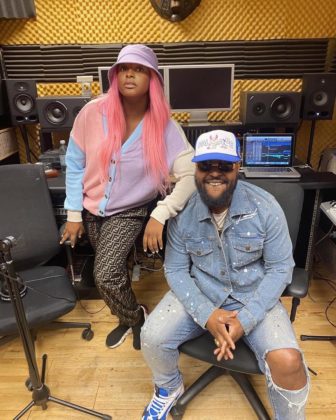 The singer posted this via her Instagram page on Thursday, the 24th of June 2021. Cuppy revealed that she had been nervous about making music, before linking up with Donaeo. She explained that she had lost direction since dropping her debut album, and Donaeo dragged her back into the studio. In her words;

I’ve been so nervous about making new music, I’ve felt so lost with my direction since my debut album dropped… but the ONE and ONLY @Donaeo got me back in the studio! 🎶🎵 Now I’m making tunes with a LEGEND! #ToCuppyThisTune

Donaeo also replied to Cuppy's post, thanking her for the message. He also said working with her was a real pleasure;

Wow thank you sis. I was such a pleasure working with you. Thank you. 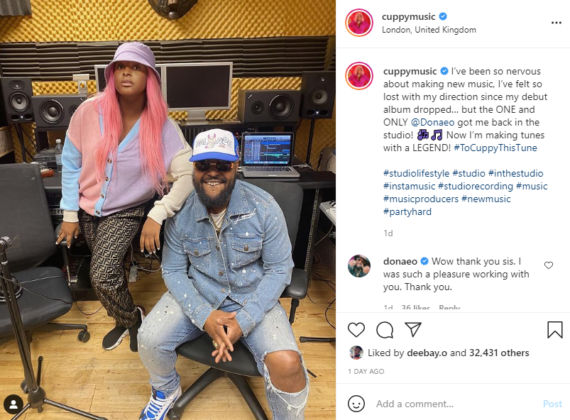