Nigerian singer, Ckay has been awarded a plaque by Youtube for crossing a new milestone with a hundred thousand subscribers on his channel.

CKay revealed this with a photo of himself resting on his car with the Youtube plaque for the new milestone beside him. He shared the photo with another single photo of the plaque via his Instagram page on Wednesday, the 28th of July 2021. 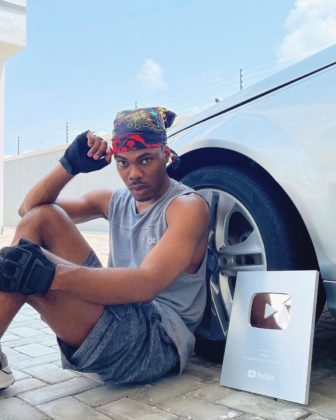 Sharing the photo of himself with the plaque, Ckay announced that Youtube had delivered it to him for attaining a milestone of 100 thousand subscribers. The singer also said he cannot wait to get to the million subscribers milestone. He wrote;

just got a plaque from @youtube for crossing 100k subscribers! thanks guys! let’s hit a million soon! ❤️💪🏾 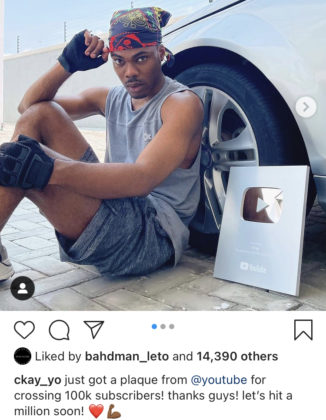 The singer recently left Chocolate City to sign a deal with Sony Music's arm in South Africa. His Youtube plaque for the new milestone is coming after he released his new EP, Boyfriend to widespread acclaim.

Veteran singer, Wande Coal testified to Ckay's talent recently when he said he was a huge fan in a DM to the fast-rising singer, who was equally excited.