Veteran singer, Wande Coal has revealed that he is a big fan of Ckay and his talent. He said this in a DM to the fast-rising singer, who was equally excited. 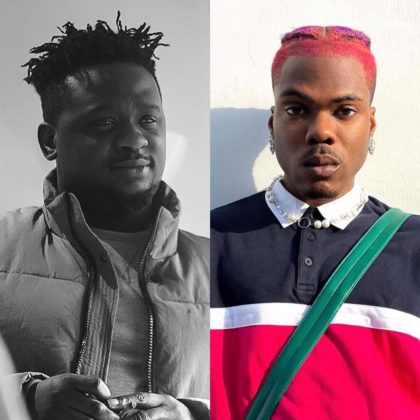 Ckay shared a screenshot of the DM from Wande Coal via his Twitter page on Thursday, the 17th of June 2021. He described Wande Coal's message as a "big love from a big ICON". The singer also revealed that the DM made his whole week. In his words;

big love from a BIG ICON! this made my whole week @wandecoal 🙏🏽💜✨ 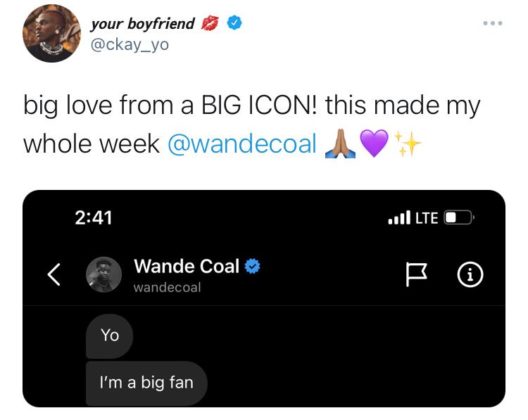 Wande Coal represents someone to look up to for a lot of singers in Nigeria and even Africa as a whole. His vocal dexterity has been praised in many quarters and his debut album 'Mushin 2 MoHits' was a game-changer when it was released in 2009. Since then, he has dropped another top album in 'Wanted' and countless hit singles including 'Baby Hello', 'So Mi So', and 'Again'.

Ckay, formerly signed to Chocolate City is one of the fastest-rising artists in the country. His last two projects, 'Ckay The First' and 'Boyfriend' EPs had bangers like 'Love Nwantiti', 'Felony', and 'Way'. We know Wande Coal is currently working on an album and we hope this DM means Ckay will be on it too.