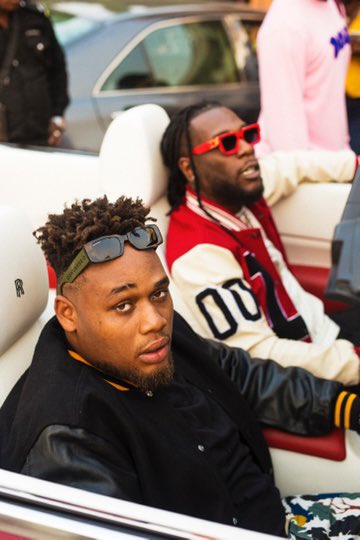 This is one deal we've expected for a while, the signing of BUJU to Burna Boy's Spaceship Entertainment record label. The two acts have been frolicking, the younger BUJU playing protege to Burna, an influence in his own music.

The deal itself is a quite convenient one, for purely artistic reasons. Both artists bear a semblance, but there's so much originality to BUJU that can't be outshined, even by his new label boss. And, Burna, I suppose will relish this chance to bring up a future champion, staking a claim to a small number of great musicians who've become great mentors.

Announced before the official statement, was the video of the much teased "L'enu", a song which featured Burna and was a fan favorite, with many taken by its groovy and laid-back vibe. With the youthful confidence on display ("tell me what I cannot do"), it's no surprise the record is as acclaimed as it is.