Grammy award-winning singer, Burna Boy has achieved another outstanding international feat as his single ‘Ye’  became the fastest Nigerian song to be certified ‘Gold’ by the RIAA (Recording Industry Association of America). 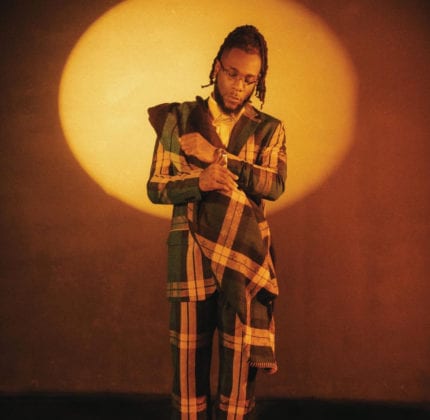 A tweet from Notjustok on the 4th of May confirmed the latest feat achieved by Burna Boy. According to details from the tweet, Burna Boy’s ‘Ye’  has now been certified ‘Gold’ in the US. The tweet below; 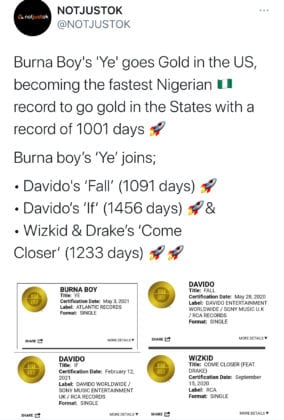 The song joins the growing list of Nigerian records to be Gold certified in the US. The likes of ‘If’, and ‘Fall’, by Davido as well as ‘Come Closer’ by Wizkid have all previously achieved the massive feat.

In the United States, the Recording Industry Association of America (RIAA) awards certification based on the number of albums and singles sold through retail and other ancillary markets. A Gold record is a single or album that sells 500,000 units (records, tapes or compact discs).