Davido’s hit single, “IF” is now a certified “Gold” record holder in the United States with the Recording Industry Association of America (RIAA) dropping their golden stamp on the record. 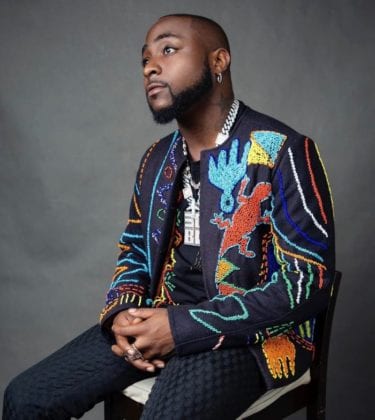 This great feat for Davido was made official on the 12th of February 2020 on their official website, www.riaa.com, stating that the record which was released on the 17th of February 2017 has sold over 500,000 digital copies, thereby qualifying it for such great feat. 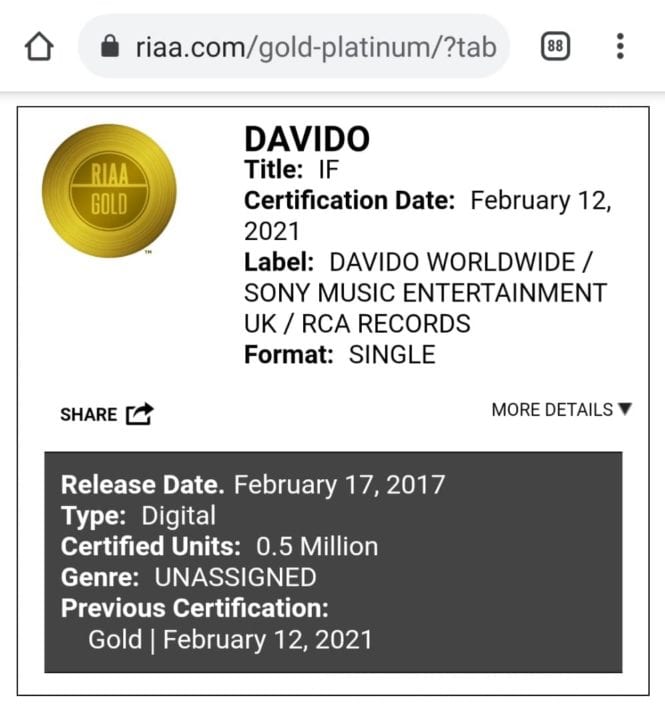 Davido’s ‘Fall’ had also received a “Gold”certification in the United States from RIAA on the 28th of May 2020 after also selling 500,000 digital copies and Kiddominant, the record producer also received an RIAA gold certification for ‘Fall’ in October 2020. 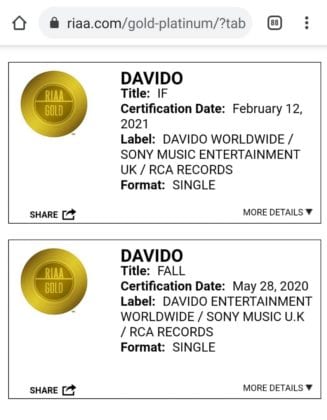 According to RIAA, their historic Gold and Platinum Program defines success in the recorded music industry and while it was originally conceived to honor artistes and track sound recording sales, Gold and Platinum Awards have come to stand as a benchmark of success for any artiste; whether new to the scene or a veteran to the game.