Burna Boy has shared the official tracklist for his new album ‘Twice As Tall.‘

The Nigerian Afro Fusion artist is set to release the album on August 14th. Already, it’s one of the most anticipated releases in the world and people just can’t wait to kick off the rollout.

Earlier in the day, a tracklist was shared across social media, possibly leaked. There was no confirmation from the artist or his team, and now, hours later, Burna Boy has shared the official tracklist. 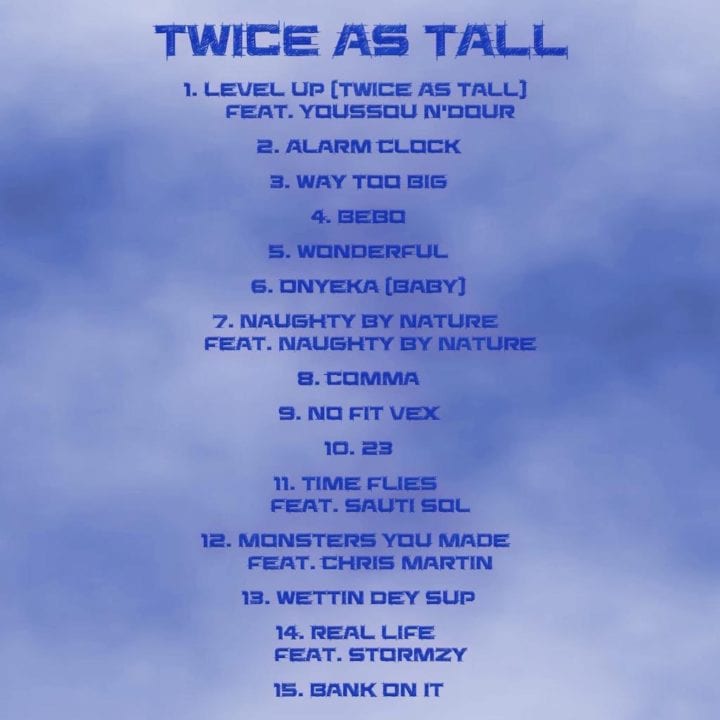 As has been revealed, the album features the legendary Youssou N’Dour, Naughty By Nature, Coldplay’s Chris Martin, Sauti Sol and UK-Ghanaian rapper Stormzy.