5 Things We Know About Burna Boy's 'Twice As Tall' 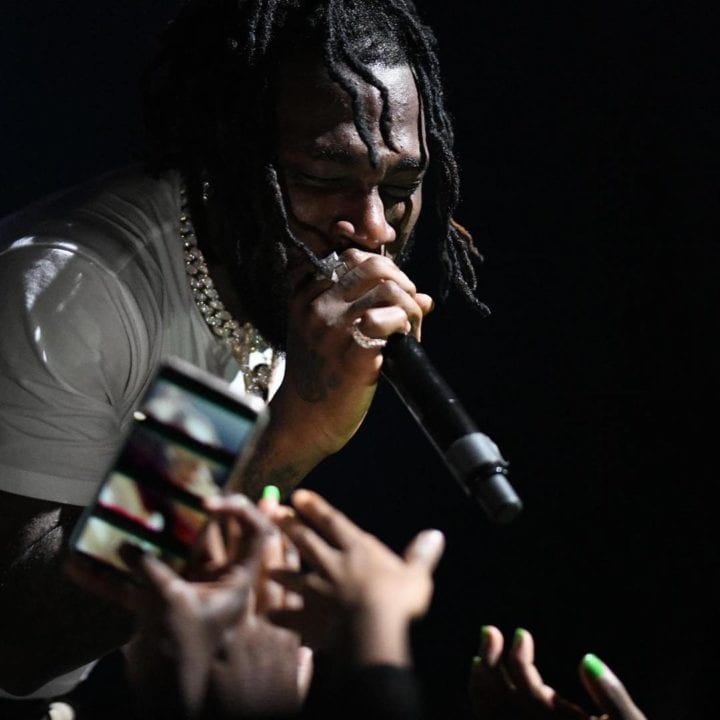 It's official! Burna Boy's fifth studio album Twice As Tall is on the way.

Just yesterday, Ebunoluwa Damini Ogulu (Burna) himself announce a release date. Followed by an exclusive feature granted The New York Times, we later learnt that the album was executive produced by American musician and business mogul Sean Combs aka Diddy.

Off that NY Times feature by John Pareles, we got some important news about Twice As Tall. Updated with some of our own research findings, here are 5 things we know about the album.

In Burna Boy's African Giant, he combines pan-African concerns and dancefloor bangers, a mix of play and protest, dance and brooding, in a sense, as the late great Fela did.

This stretches back to the artist's debut years, a fusionist employing a vast array of styles – such as R&B, Hip Hop, Dancehall– to depict his upbringing, muses and also to cast an eye on society from his own corner.

On the album’s most vehement song, Burna Boy, with Chris Martin of Coldplay arriving on choruses, turns to stark, echoey roots reggae in “The Monsters You Made,” an indictment of miseducation, historical injustice and systemic racism, delivered in clear English with mounting fury. “When they’ve been working like slaves/To get some minimum wage,” he sings, “You turn around and you blame/Them for their anger and rage.”

Burna Boy has always been big on collaborations, having favored a large room from his L.I.F.E. days. Across the years, he's touched base with acts within Nigeria and beyond, Wizkid, J Hus, Damian Marley, Angelique Kidjo –you mention.

As he's suggested on past interviews and live videos, Twice As Tall opens the door to artists once more. As was on African Giant, the vision for TAT is global. Chris Martin (the Coldplay front man), Youssou N’Dour, Naughty By Nature, and Kenyan group Sauti Sol feature.

What makes this set list so mind blowing, that there could yet be a surprise feature, and who bets against Burna Boy doing a remarkable number with most of these iconic musicians?

Of course, music is nothing if not sounds made from digital or real life tools. We may forget to give producers their due –which is totally wrong– but no song is anything if not an extension of a producer's ability.

Twice As Tall, to reach the heights expected, must feature impeccable production and Burna Boy never falters in choosing his collaborators.

Each producer – whether it's the eclectic Telz, or the masterful LeriQ, or Britain's JAE5, or P2J – is known for their prowess, and few will doubt the chameleon Burna unable to ride a beat from them.

This diversity in sound is one thing to watch out for, how coherence will be maintained still, and how the features approach their roles.

Diddy Is The Executive Producer

During the lockdown, Sean Combs of the Bad Boy fame, got in contact with Burna Boy. It was on Instagram Live, one of those fun nights when people reached across wires to wish themselves well.

One of those IG Lives turned to something way bigger: Diddy has been revealed as the executive producer of Twice As Tall. The narrative attached is a convenient one: Diddy came with the ears, over 30 years of A&Ring, and Burna Boy's had the material – 80% of TAT was complete– to chisel into the new album.

“A lot of times when an artist wants to be coached or pushed to maybe a greater level, that’s where I’ve come in,” Diddy said to the NY Times. “He (Burna Boy), as every artist, he wants his music to be heard by the world. He doesn’t care about crossing over. You know, he’s not trying to get hot. He’s not, like, ‘I want to be a big pop star’ — he’s already a star. He wants his music to be heard, his message, his people.”

Burna Boy is known to prefer an expansive landscape for his music. His debut album, Leaving an Impact For Eternity, had 19 songs, as well as his previous African Giant. Outside (2018) had a relatively slim 13 songs and the forthcoming album, will feature 15 songs.

* Sentences in italic are excerpted from this New York Times feature