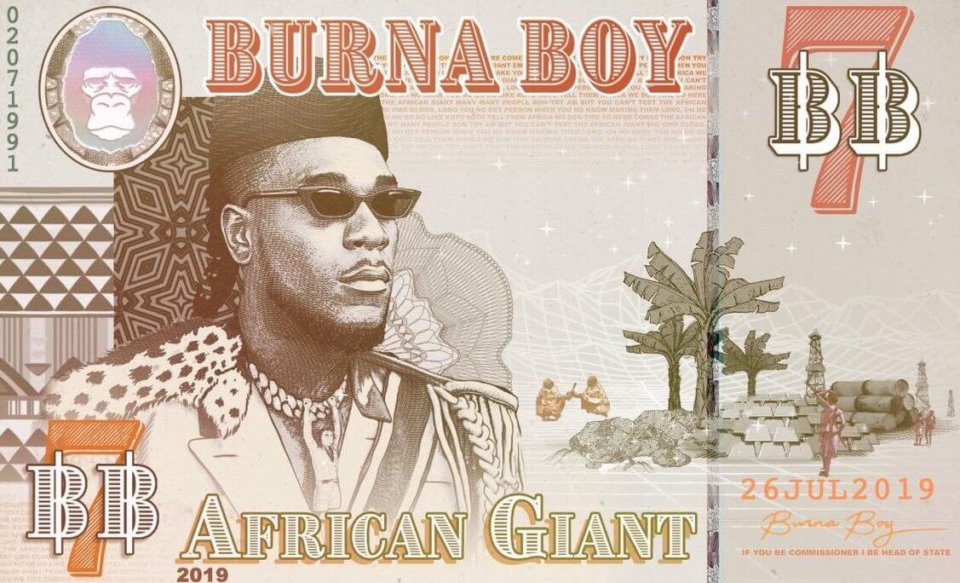 It's been months since Burna Boy dropped his career-changing EP 'Outside', he's been on a fantastic run ever since. He's released wonderful follow up singles, the likes of 'Gbona', 'On The Low', 'Killin Dem (feat. Zlatan)' 'Dangote', 'Anybody' and his latest output 'Pull Up'. In two days time, he will be releasing his new album which he titled 'African Giant'.

As we anticipate the release of his new album this Friday, he goes on instagram to share the official tracklist. Check it out below. 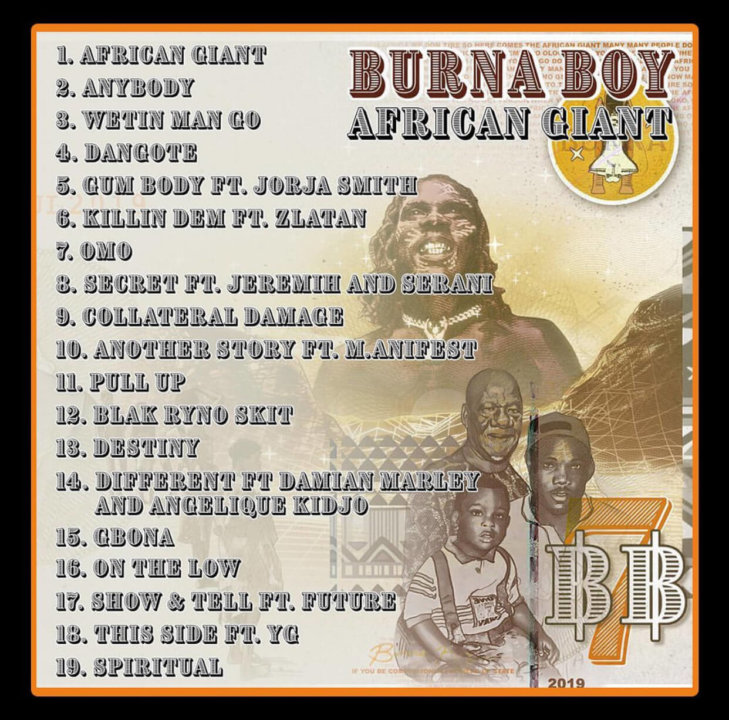 As we can see above, the project is star-studded, it houses collaborations with high-profile artistes from different parts of the globe. The likes of Damian Marley, Angelique Kidjo, Future, YG, Jeremih and so many others.

The album comes out this Friday, pre-order the African Giant's project below!