After his groundbreaking achievement at the 2021 Grammy Awards ceremony, Burna Boy gave the watching world an electric performance. 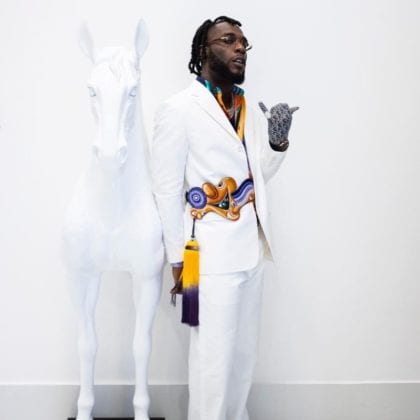 Burna Boy’s live expressions of “Onyeka”, “Level Up” and “Ye” came after he won the “Best Global Music Album” award for ‘Twice as Tall’ at the 63rd annual Grammy awards ceremony. He was supported by his live band, “The Outsiders”. The performance was staged at the National Theatre, Lagos.