Nigerian singer, Buju was the latest guest on First Times on iMullar in a video where he describes his first major performance and how he met Burna Boy.

In the video, Buju described his very first major performance to the iMullar audience, revealing that it was at Wizkid's concert in 2019. The video was shared via Youtube on Thursday, the 4th of November 2021. 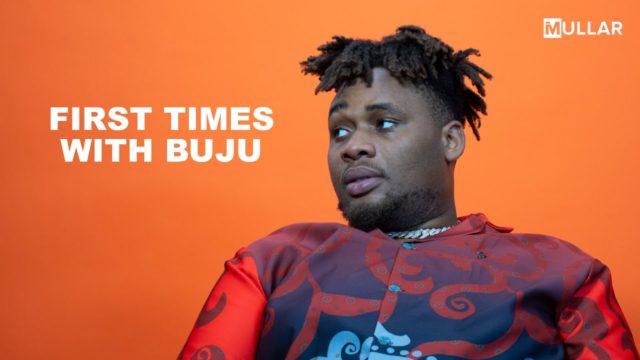 Speaking to iMullar, Buju revealed that Burna Boy told someone to reach out to him and he almost missed that opportunity because he thought it was a joke. According to him, the person left him a voice note one day saying he had been trying to reach out and that was going to be his last attempt.

READ ALSO: "I Had to Fight for That Song to Be on the Project" - Buju Reveals Favorite Song off New EP | WATCH

In the same video, Buju explained the feeling of having his very first major performance at Wizkid's concert back in 2019. Buju was named on the lineup for Wizkid's Starboy Fest concert in 2019 but he was not aware of it until a friend called his attention to him. He said he decided to go for it and was surprised when he was let in on identifying himself. At that point, he already had a smash hit on the airwaves with the Zlatan-assisted Spiritual.