Nigerian singer, Buju stopped by the Beat FM studio recently to discuss his debut EP, Sorry I'm Late in a new video interview as he revealed his favorite song.

Buju told the Beat FM audience during this video interview that his favorite song off the new EP is the song titled Something Sweet and it almost didn't make the cut. The video was shared via Youtube on Thursday, the 4th of November 2021. 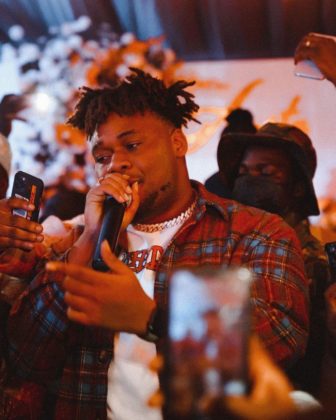 Buju dropped his much-anticipated debut EP, Sorry I'm Late last week and the reception was amazing with the project soaring to the top spot on Apple Music almost immediately. The project had 7 songs and they all made their way to the top 10 on the Apple Music charts as well within hours of release.

Speaking during his latest video interview with Beat FM, Buju explained the thought process behind some of his old tweets that trended a while back. He stated that it was at a time when he did not know better.

Buju also dissected his debut EP, Sorry I'm Late and the songs on it. He revealed that the song, Something Sweet almost didn't make the project and he had to fight for it because it was his favorite song on it.