Singing sensation Buju has revealed that he has two hits with Nigerian superstar Wizkid after both artistes were seen in the studio yesterday, Tuesday 22nd of June 2021. 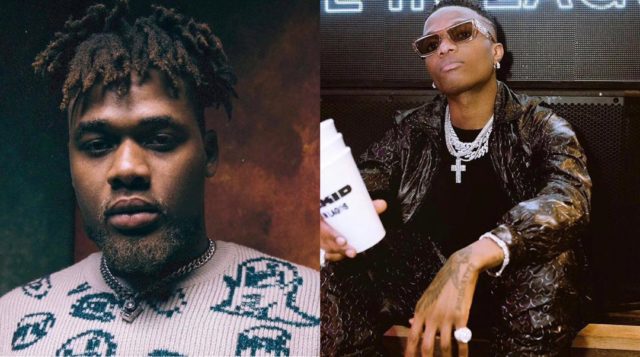 Wizkid has been in Lagos for a while now, linking up with different people. He shared a video on his Instagram story yesterday of him and the hook machine, Buju, in the studio, making music.

After the video surfaced, leaving fans wondering about what the duo had for the fans, a Twitter fan tweeted at Buju and the singer confirmed that he had two hits with the Afrobeats poster boy, Wizkid.

The fan teasingly asked Buju to slap Wizkid as he promised and he replied:

i did, with two hits 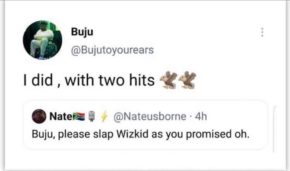 Buju has made significant strides in recent months, recently recording with the legendary Asa and working with Tiwa Savage on the same night. You'll also recall that his song with Ladipoe, 'Feeling,' topped different music charts for several weeks. It is safe to say that it is Buju's season!

Big Buju's style is undeniably similar to Big Wiz's, so we can expect some soothingly disturbing music from them.