Internet sensations and musicians, Black Camaru & Emini Oba have revealed that their rise from obscurity to national stardom is a big surprise to them. 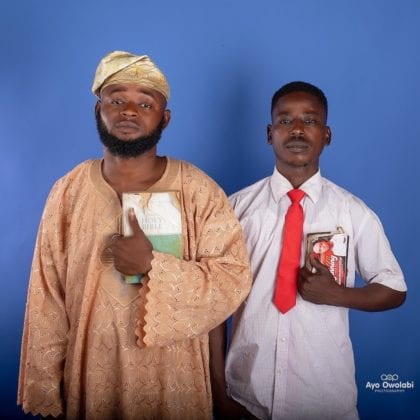 In an interview session with Punch Newspapers which was uploaded on his social page on the 16th of April, Black Camaru alongside his skit partner, Emini Oba talked about their experiences in life and how they ended up as skit makers.

Black Camaru talked about his family background and what life looked like while growing up. The comedian disclosed that he comes from a polygamous family and his mother happens to be the third wife of his dad. He told his fans that he won't disappoint them and he has a lot to offer. He also expressed his excitement in regards to Wizkid uploading a picture of him on his instastory.

My name is Kamarudeen Yusuf. I came from a polygamous family and my home was not peaceful. My Dad married four wives and my mother was the third, He said.

Emini Oba on the other hand went into details on how they were rejected and couldn't make it as musicians and the eventual switch to comedy.

Watch the full interview with Punch Newspaper below

A post shared by Its Black Camaru Once Again (@blackcamaru)