BBNaija Season 6 housemates, Nini and Cross were exchanged in a war of words this morning, with the former really going off in the video shared on social media.

BBNaija Season 6 housemates, Nini and Cross were exchanged in a war of words this morning, with the former really going off in the videos shared on social media. The video was shared via Instagram on Wednesday, the 15th of September 2021. 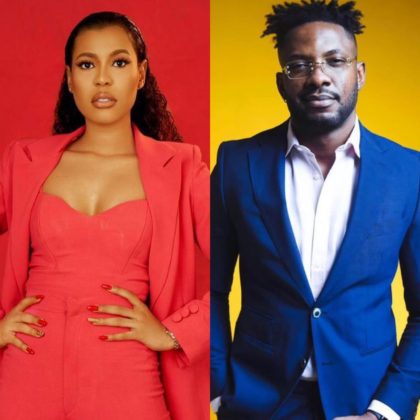 The issue started when Cross wanted to use the bathroom but Nini told him to wait a bit because she was washing it. Cross then raised his voice at her which did not go down well. Nini immediately called him dumb, to which he retorted that he was stupid and this led to a heated argument.

READ ALSO: #BBNaija: Why I Nominated Cross for Eviction Instead of Pere - Nini

Tensions have been high between Nini and Cross ever since she put him up for eviction in her place after winning veto power in the last BBNaija arena games. Nini however explained to him her reasons for doing it and Cross accepted. She said during their fight;

He kept on yelling at me. Let’s do an IQ test and you’ll be the one with the lowest IQ what do you know about jumping about. The smallest thing in your body is your brain as big as you are. You don’t know me, if you see me on the road you’ll avoid me.