#BBNaija: Why I Nominated Cross for Eviction Instead of Pere - Nini

BBNaija season 6 housemate, Nini has explained why she picked Cross for eviction row instead of Pere when she won veto power yesterday.

BBNaija season 6 housemate, Nini has explained why she picked Cross for eviction row instead of Pere when she won veto power yesterday. Nini explained to Cross her reasons for picking him on Monday, the 13th of September 2021. 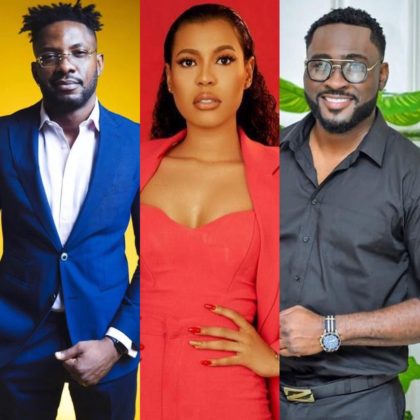 Cross was feeling emotional after the outcomes of the evening activities, which left him facing possible eviction from the house this week. Nini emerged second during the HoH games and as she was on the list for eviction, she had to save herself and replace with someone. She picked Cross instead of Pere who most people thought she would pick.

Explaining her reasons for picking him for eviction ahead of Pere, Nini told Cross in the BBNaija house last night that she feels he is the strongest and will definitely be saved. In her words;

You were the only option. I didn’t put Pere up too because he wanted to win the Head of House game for me. I feel you’re the strongest one among them and you’ll be saved this week. I really didn’t have options, it was a tight one for me.