Current BBNaija Housemates, Maria and Pere apparently kissed last night and Liquorose told the former that she excused them when they were kissing.

In the BBNaija house today, Liquorose and Maria were discussing when the former disclosed that she was aware of what is going on between her and Pere. This happened on Saturday, the 7th of August 2021. 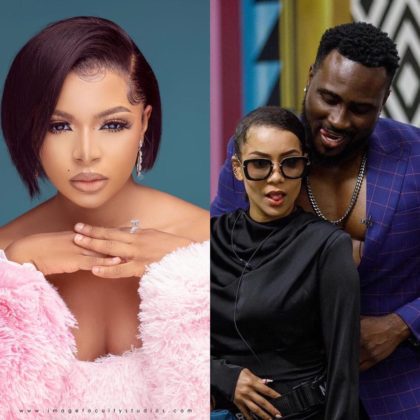 Pere seemed to have taken a liking to his fellow BBNaija housemate, Maria, and woke her up this morning to profess his love to her on Tuesday. Maria's response to him was ""Well I don't like you, also can we just skip it? I don't like you, I swear".

Despite him kissing Maria according to Liquorose, Pere recently told fellow BBNaija housemate, Beatrice, that he has no more attraction for her. Pere was telling Beatrice that sometimes, he goes into his own shell and she asked if it was because of Maria. He immediately shut it down saying he has completely gotten over his attraction for Maria. He also admits that he was once very attracted to her but that is not the case anymore. In his words, "Maria is not my girlfriend. Fine, I was attracted to Maria... WAS attracted to Maria."