Veteran Nigerian comedian, Basketmouth has revealed that it was fear that stopped him from dropping music for a long time before his debut album last year.

Basketmouth was speaking on the Black Box interview with Ebuka when he revealed that he has always been recording music but fear never let him drop any. The interview premiered via YouTube on Tuesday, the 17th of August 2021. 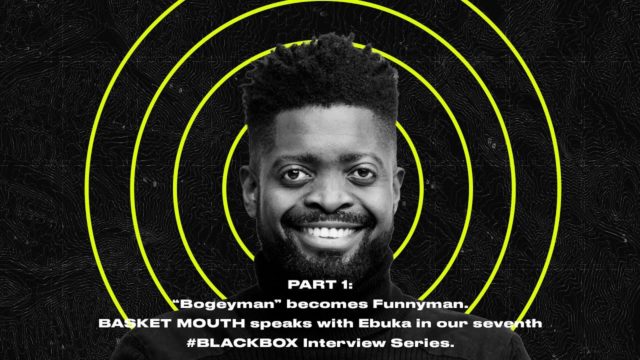 Ebuka asked Basketmouth what he felt was the moment when he decided he wanted to do comedy. Basketmouth replied saying that he used to do music before comedy and even joked that he is a "failed rapper". He told Ebuka that he used to be in a rap group with his friends and they were all funny, so he did not put much thought to it. When Basketmouth finally decided to do comedy, he did not still let go of music and was always recording music. He lists Wizkid, eLDee, Faze, Darey Art Alade as the artists he has worked with over the years but never released any. In his words;

Then, music stayed on one side all the while. I tried, did something with Wizkid, eLDee The Don, Darey Art Alade, Faze... Iall of the I did not release. Because I was scared, until the opportunity presented itself.

In his Black Box interview with Ebuka, Basketmouth also disclosed the process of making his debut album, Yabasi. He explains the album is a fusion of highlife and hip-hop, and why he decided Duktor Sett was the perfect producer to execute his vision.