#AskCuppyAnything: “I messed it up” – Cuppy Talks About Her Ex boyfriend

Having put herself on the spot on social media through the hashtag AskCuppyAnything, Nigerian disk jockey, Dj Cuppy openly admits she ruined her relationship with Davido’s manager, Asa Asika. 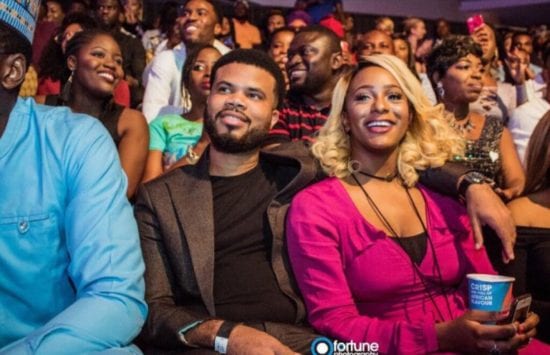 Cuppy who is the daughter of a Nigerian billionaire, Femi Otedola trended a social media hashtag, ‘AskCuppyAnything‘ on the 20th of November 2020 to enable her cupcakes to converse with her directly. One eye-catching question came from a Twitter user by the handle @captmarvel07 who asked:

What’s your ex-boyfriend’s name and why did you break up? Cuppy replied:

His name is @AsaAsika and I messed it up 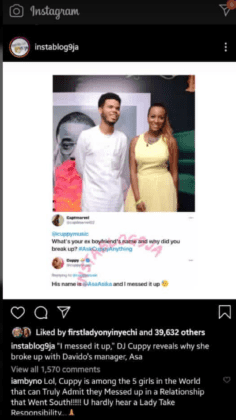