Who Is Tolani Otedola? Meet Cuppy's Half Sister

So, who is Tolani?

According to reports, Tolani, born Christine Olawunmi Otedola, is the half-sister of Cuppy and Temi Otedola. She was born to a middle-class Muslim mother before young Femi married Nana Otedola, the mother of Cuppy and Temi. It'll be speculation to assume the reason why Tolani's background is not as acclaimed, but there are also reports and a mention of an interview (with Tolani's mother) states there was a conflict with the Otedola family over issues of class.

Tolani Otedola, like her sisters, got the best of education as befitting an Omo baba olowo. A graduate of Psychology, she studied at the University of St. Andrews, Scotland.

This part is the most interest to us, however. Tolani is a musician and songwriter, who deals in everyday themes and reflects the personal and romantic through vibrant Afro Pop music. Speaking to The Nation months ago, she recalled her musical background, saying,

Some of my earliest memories were the times I spent in the car with my father playing loud music. I think that was one of the reasons I fell in love with music.

Her first major concert was held at Lagos's Terra Kulture sometime in 2017, calling industry attention with an hour-long live performance months prior. 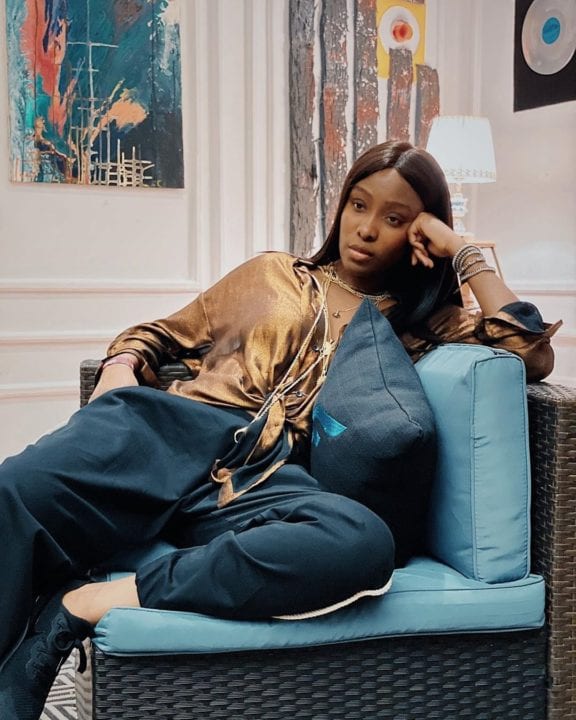 The Otedolas and Ferrari Trend

Some days ago, Cuppy announced that this week she'll break the internet. Those famous words have been used regularly but only a number of people have delivered on that promise, prompting thoughts on what Cuppy, who recently shared her album, planned to do.

Well, now we know. According to her post, now widespread, her famous billionaire father Femi Otedola bought her and sisters Temi and Tolani Ferrari cars each. From Davido to Don Jazzy, several people have reacted to the fly photos of three peng cars gifted to the Otedola girls.

However, another question, amidst the bants and God-whens, arose: who is Tolani? Not much is known of the eldest Otedola daughter. Hence this post.

Get into her music

In 2019 Tolani attracted mild rumors of a romantic affair with pop sensation Reekado Banks. A short while later “Ba Mi Lo” happened, a beautiful collaboration between both artists. To get a feel of Tolani's competence as an artist, listen to this banger.

She's also put out singles like “Liar” and “Badman,” the latter being her latest. An entry into the category of heartbreak records, “Badman” is an emotionally true song, one which the artist says was inspired by a real episode. “’Badman’ is a song exploring the habit of getting caught up with the ‘bad boys’ so to speak… being drawn to that high. I feel like there’s this subliminal message that love isn’t love unless it’s turbulent in some way… and so, you get caught up in a cycle of looking for the wrong things in potential lovers.”

As Cuppy and Temi showed, billionaire kids might be very often in the public eye, but they're up to they're own stuff. The surge of interest in Tolani might be owed to the fancy things of life but at the end of the day she's a talented and hardworking woman making great music. And we should support her for her artistic endeavors as we do Cuppy and Temi.