Nigerian superstar and Omo Baba Olowo crooner, Davido, has reacted to the Ferrari gift Cuppy Otedola and her sisters got from their billionaire father, Femi Otedola. 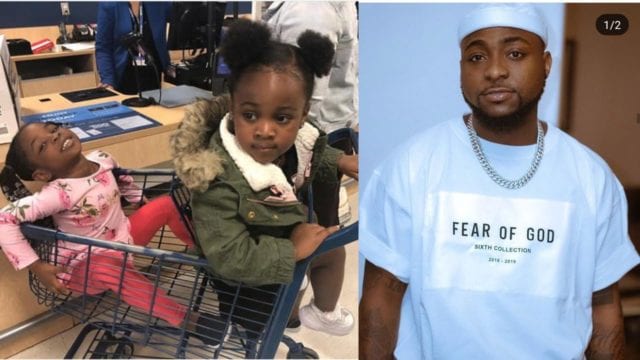 Davido and his daughters, Hailey and Imade

Via a recent Twitter post, Davido quoted Cuppy’s tweet with a congratulatory message, but also confessed such wealth and gesture into his life, stating that he hopes to one day be that father that will treat his daughters, Imade and Hailey with such gift.

“Congrats cuppy …. I will do the same for my daughters one day AMEN .. chai money good”

Congrats cuppy …. 🔥🔥 I will do the same for my daughters one day AMEN .. chai money good https://t.co/JgUmP1SHjf