Nigerian singer, Asa is back to touring and her next stop is a UK Tour comprising of three cities which will take place later this year in October. 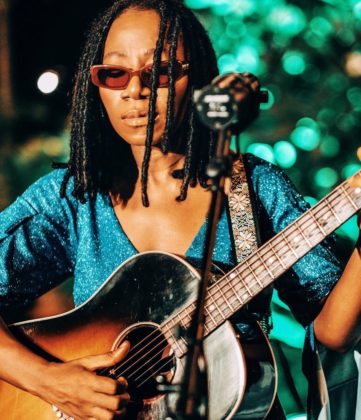 This information was shared via the promoter, Cokobar's Twitter page on Saturday, the 29th of May 2021. Included in the tweet is the official flier for Asa's tour which had the three cities she is billed to perform at and the dates for each performance. They captioned the tweet, "U.K. Tour #asa #asaofficial" 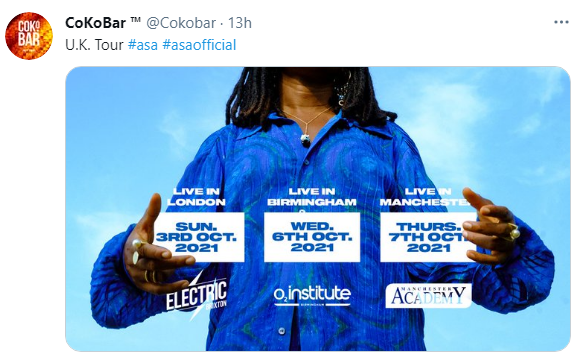 You'll remember that Asa was meant to perform in Lagos and Abuja last year, but it was infamously canceled due to the COVID-19 outbreak which crippled a lot of business and led to a lot of shows and tours being canceled or postponed.

Asa will now go on tour once again and London, Birmingham, and Manchester are her first port of call on this UK Tour scheduled for the 3rd - 7th of October 2021.