"Am highly disappointed with you" - Paul Okoye replies Davido

For Davido's social media remark over the separate birthday celebrations of the legendary music duo, Peter and Paul Okoye (Psquare), Paul Okoye took it upon himself to address Davido personally. 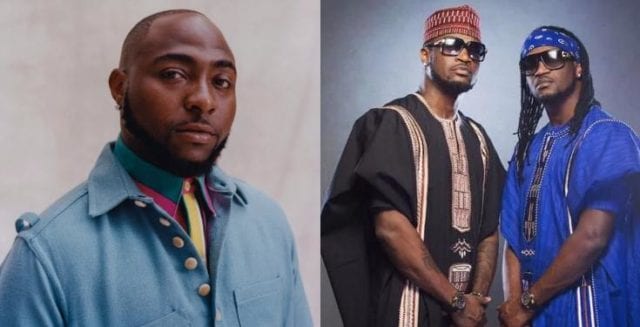 While Nigerians took to social media to give their birthday wishes to the separated Psquare, Davido labeled the friends of music duo a pussy for attending the twins birthday separately. Davido tweeted:

Y’all niggas that wen to Peter and Paul’s bday separately y’all pussy as fuck!! Them niggas is TWINS !! Not my business but Shit hurts I’m angry Walai

Y’all niggas that wen to Peter and Paul’s bday separately y’all pussy as fuck!! Them niggas is TWINS !! Not my business but Shit hurts I’m angry Walai

READ ALSO: Ranked! Davido’s collaboration on a better time from worst to best

However, Paul felt a need to address Davido for his remarks and he expressed how disappointed he is at Davido for calling his family and friends a pussy. This he posted via social media on the 21st of November 2020. Paul Okoye post reads:

On what level and what Audacity do you to call my family and friends pussy... Bro has it come to this, I'm highly disappointed with you. You don't have the right to insult my family and friends that's fucked up. For your information, 90% of them that came to mine went to his... Same the other way round. And respect their decision.