Nigerian singer, Innocent Idibia, popularly known as 2Baba has penned down an emotional tribute to his late friend and fellow artist, Sound Sultan.

The singer shared this via his Instagram page on Tuesday, the 13th of July 2021. In 2Baba‘s tribute to Sound Sultan, he revealed that he almost couldn’t bring himself to do it. He pleaded to always celebrate his late friend and promised that his family will be “safe and good“. 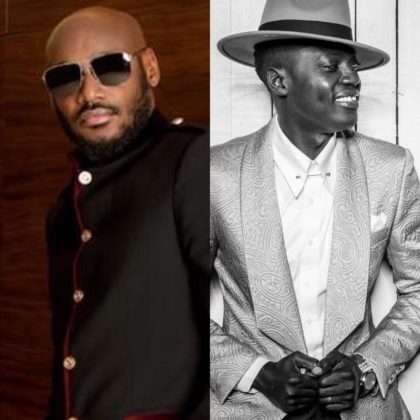 The singer also revealed that he is grateful for the late Sound Sultan and the blessings he represented in his life. 2Baba writes;

Couldn’t bring myself to do this but what can we do. Rest well.
Till we meet again my dear friend and brother.
Still so unreal.
Will never stop celebrating u.
I promise u your fam will be safe and good.
#GRATEFUL for u and the blessings that u represented in my life. 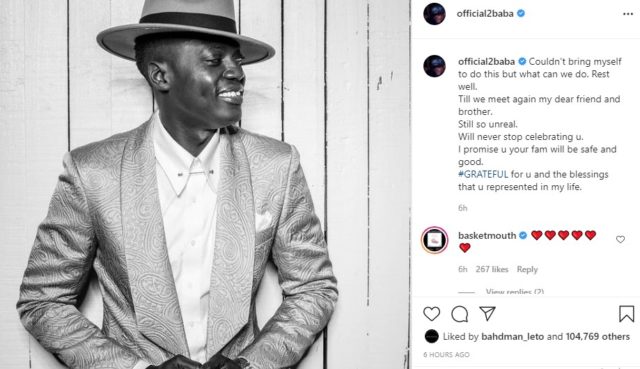 READ ALSO: The Legend of Sound Sultan & his Influence on the Nigerian Entertainment Industry

According to 2Baba, he took so long writing his tribute to the late Sound Sultan because he didn’t want to believe he was really dead. When the news broke on Sunday, he tweeted, “I refuse to believe this”. The friendship between 2Baba and Sound Sultan is well documented in their collaborations over the years. Most notable among the collaborations between the duo are “Ole (Bush Meat)” by the deceased, and “Enter The Place” by 2Baba. The two of them featured themselves on the respective songs and gave music fans timeless classics.