Nigerian rapper, Vector the Viper, has released a new song in solidarity with the ongoing #ENDSARS Memorial. 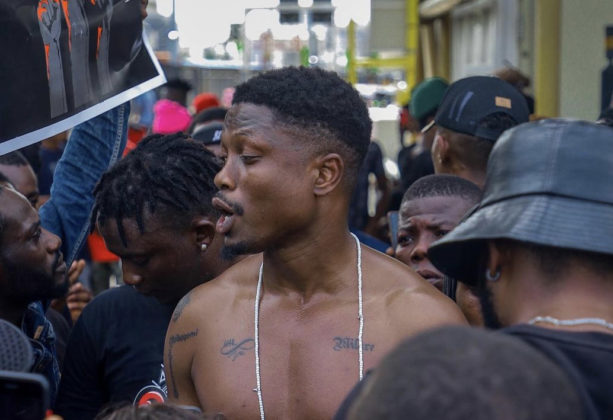 Nigerian ace rapper, singer, and songwriter, Olanrewaju Ogunmefun, popularly known as Vector the Viper, has released a new song in solidarity with the ongoing #ENDSARS Memorial.

The #ENDSARS memorial is an anniversary meant to remember the victims of the gruesome massacre at the Lekki Tollgate on October 20th, 2020.

#ENDSARS is a movement led by Nigerian youths last October to revolt against police brutality, corruption, and injustice.

The #ENDSARS memorial held today, October 20th, 2021, saw the likes of Falz, Chike, Mr. Macaroni, and others who stormed the Lekki Tollgate today in cars to pay respect to the #ENDSARS victims who lost their lives in the struggle.

Vector, who is also very vocal in the #ENDSARS movement, today released a musical piece titled "Family Meeting," which themes around the core reasons why ENDSARS began and its aftermath.

We will speak, we will rap, we will sing, we will write, we will get weary and find strength again, we will remember, we will always remember.

Listen to 'Family Meeting' below