Tomi Owo features on 'Through The Never' as the only Nigerian on The Metalicca Blacklist LP - Listen! 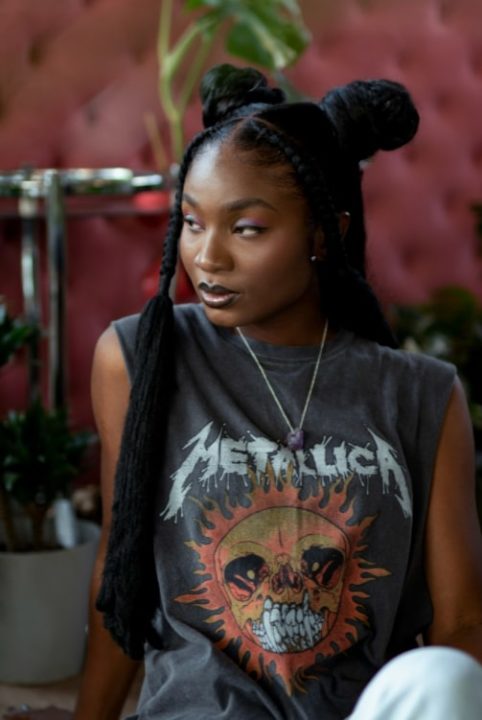 In celebration of the upcoming 30th anniversary of their album ‘Metallica’ AKA ‘The Black Album, The Metallica Blacklist, a compilation of 53 artists each covering their favourite Black Album tracks, will be released September 10.

Pre-orders of The Metallica Blacklist feature instant gratification tracks, including the Nigerian fast-rising singer Tomi Owó’s newly available version of "Through the Never."

When asked why she recorded “Through the Never,” the “Beautiful” crooner said:

“I recorded this Metallica song because I was quite drawn to the spirit in the song. To me, “Through the Never” questions and explores the highs and lows, the strengths and weaknesses of our humanity in the most succinct and concise of ways. I feel like it also explores our relationship with the universe and with the world around us. And there’s one thing I particularly appreciate, it kind of salutes our bravery.”