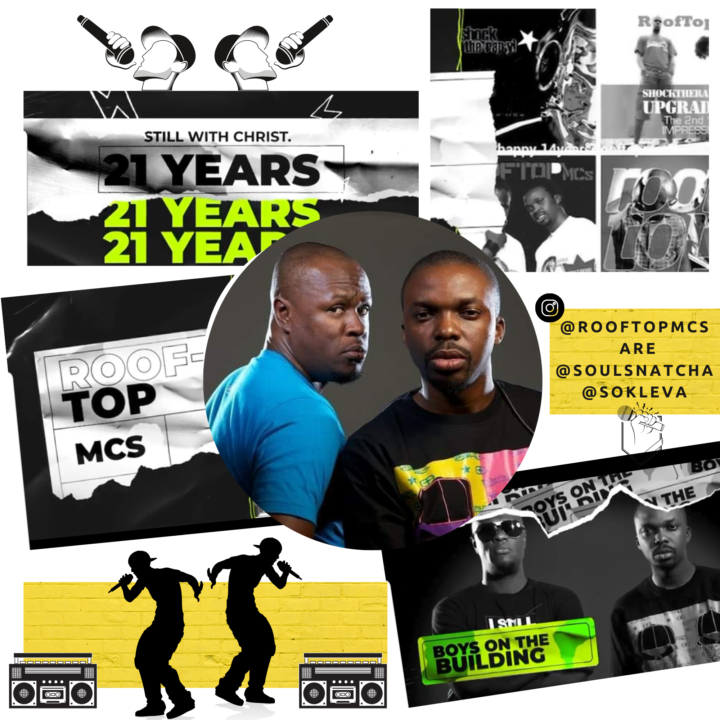 The Duo, which consists of SoulSnatcha and Sokleva are notably renowned for their hit singles and albums including “Lagimo”, “Shock Therapy”, Chop Your Mouth”, “Silence”, “The Minority Report”, “Back At One”, “Laddah”, Eromplaini” and many more (all songs are available on online digital platforms) 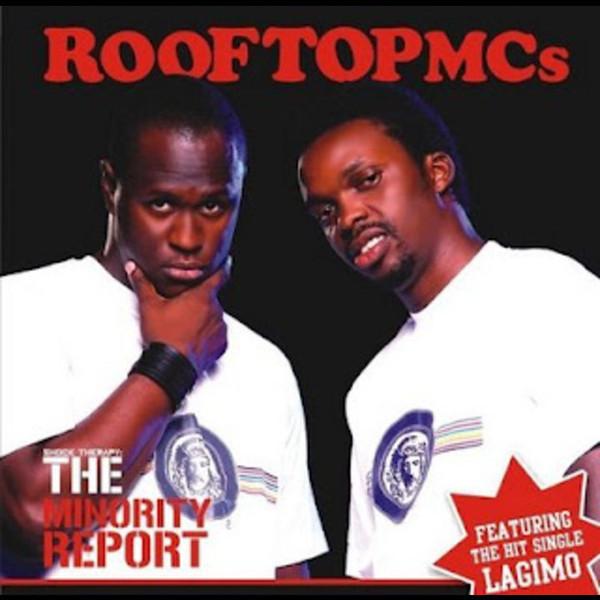 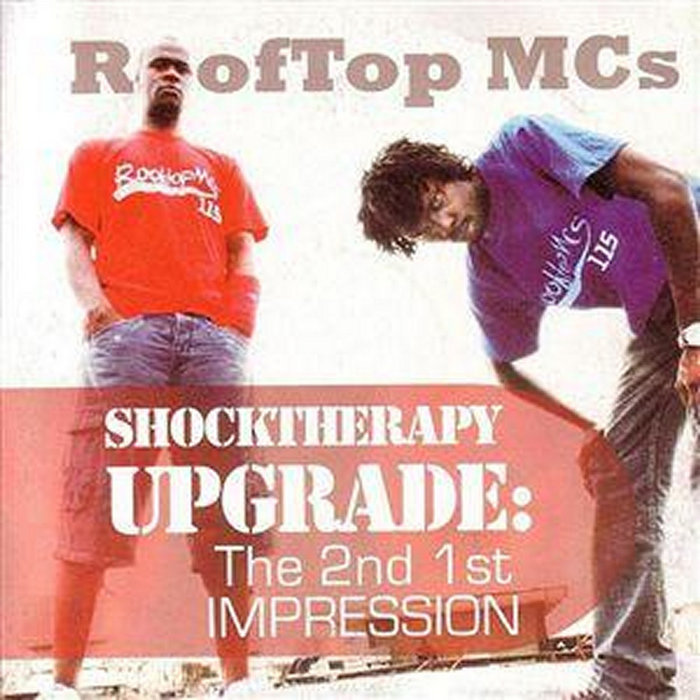 The group is known to have changed the game for Urban Contemporary Gospel Music in Nigeria as they paved the way for the wide acceptance of contemporary gospel sound in Churches, Homes,Schools, the Entertainment Industry in Nigeria and Beyond. 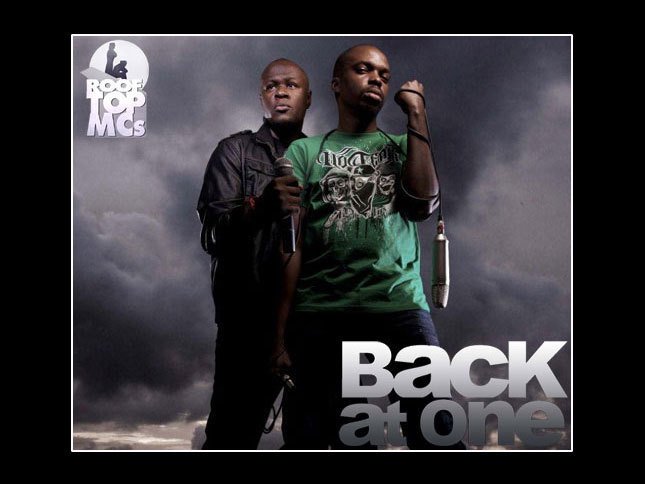 They have won numerous awards, headlined top global concerts including The Experience Lagos; toured the globe, been on the cover of major entertainment magazines and blogs; had guest appearances on the Nigerian Version of popular children’s show – “Sesame Street” ; have their own clothing line – “Jesu Kristi” and served as ambassadors for top brands during their career while building their own nuclear family units.

Rooftop MCs were also the first Artists ever interviewed on BET International and had their music videos aired on the channel alongside Nikki Laoye, Lara George and Timi Dakolo in 2009. 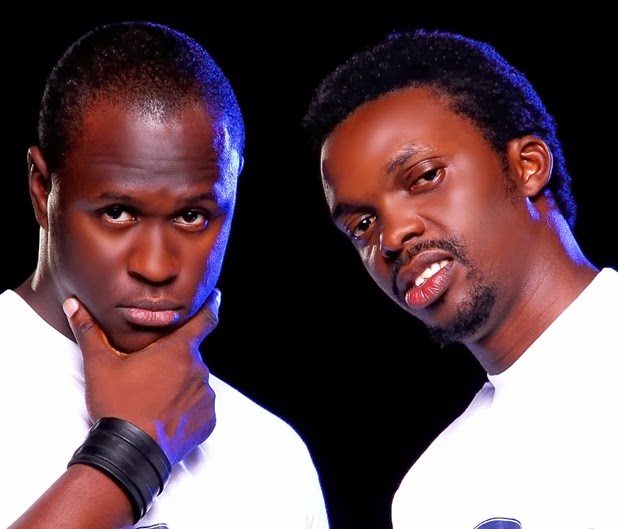 With thriving careers as a group and their own solo projects, Rooftop MCs aka Soul Snatcha and Sokleva are still the Boys on the Building with many more years to go and yes, they got so much more music to share from the rooftops.

Tonight at 9pm, the two artists will be live on their group instagram page @RooftopMcs for their first IG Live Conversation with 21 Years worth of stories to share with their friends and fans about their journey, the high and the lows and so much more.
Thou shalt not miss this….Tune in Tonight.

GET THEIR MUSIC HERE