Diamond Platnumz Has Bought Himself A New Helicopter | SEE DETAILS

Diamond Platnumz has once again proved to be one of Africa’s most bankable artists after recently announcing that he has bought himself a helicopter. 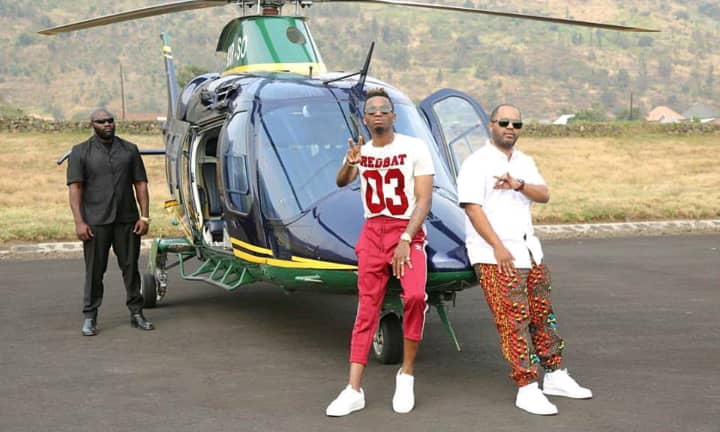 Tanzanian singer and performer Naseeb Abdul professionally known as Diamond Platnumz has bought himself a helicopter, making him the first Tanzanian artist to own one.

The WCB Wasafi CEO who is the most awarded East African Artist of all time took to Instastory to announce the news where he disclosed that he has bought himself a new helicopter. 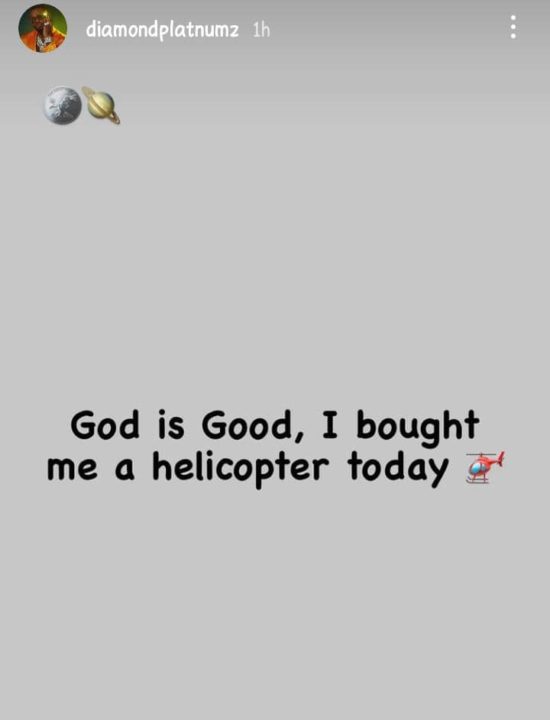 A few minutes after Diamond Platnumz made it public that he bought himself a helicopter, Baba Levo who is known as one of Diamond Platnumz’s closest confidants went on Instagram to brag and gave a hint that after buying a helicopter, in a few days the “Mtasubiri” crooner is about to buy a private Jet.

The helicopter purchase comes a year since the Bongo Flava star rewarded himself a brand new 2021 Rolls Royce Cullinan which goes about $382,000 (more than Sh800 million joining the list of  other African artists Davido, Phyno and D’banj owning the car.

Diamond Platnumz’s expensive lifestyle is financed by capitalizing on the fact that he is the founder and CEO of different companies such as WCB Wasafi Record Label, Wasafi Media Group, Chota Mihela, Wasafi BET, and a stand-up comedy company known as Cheka Tu.