Tanzanian musician and songwriter, Vanillah has recently caused a stir in the Bongo Fleva music industry after claiming that "Asake" has copied his song titled Chizi.

Vanillah who was mentioned in our annual year-end charts as one of the best upcoming artists in Tanzania made the claims on social media as he opened up by saying that Kaka Asake which translates to Brother Asake copied his song, Chizi, found in his debut EP titled Listen To Me. 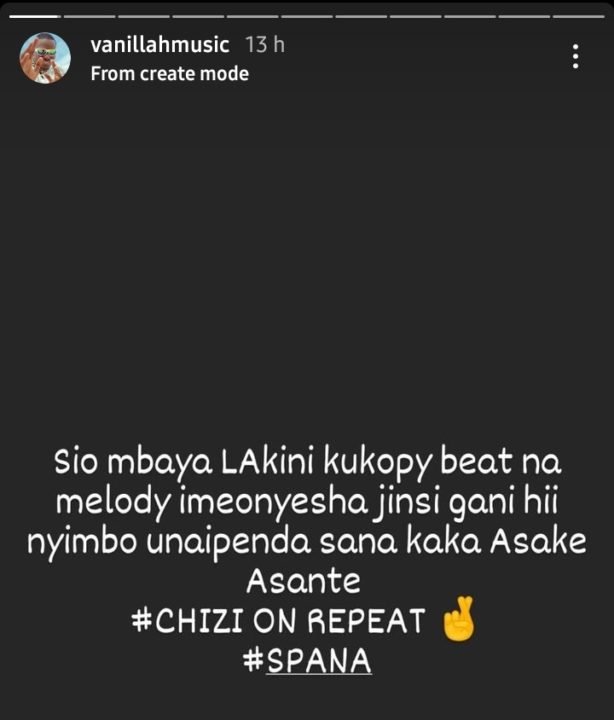 It should be noted a few months ago Harmonize in Champion Remix, gave the moniker Asake Wa Tandale To Diamond Platnumz as Diamond Platnumz was cited by many to copy and imitate Asake's sense of fashion and therefore fans have associated Vanillah's statement as a punch in the face to Diamond Platnumz who recently released his Bongo Fleva Tune Yatapita.

So far Diamond Platnumz or his management has not replied to any allegations of copying Vanillah's song.