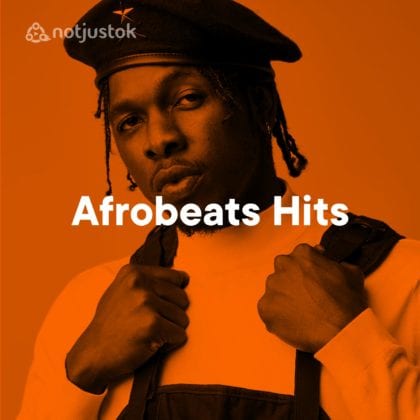 Our final weekly roundup of Best New Music this year features singles from the likes of Runtown, a mega remix from Cheque, and EPs from Zinoleesky, Moelogo, CDQ, and many more! Let’s dive right in!

Runtown – If E Happen For Lagos

Probably the biggest release of Christmas week has to be Runtown’s new cut.

One of the hardest hip-hop cuts of the year gets a remix featuring Wale and Davido.

Congrats to Cheque on having a strong breakout year.

“Congratulations! That’s the only valid conversation.”

Another breakout star of 2020 is Marlian Music’s Zinoleesky. He’s ended the year with a debut EP tagged “Chrome“. Peep one of the early fan faves, Angeli.

This is the story of a little boy…
Wanted to be good but I no get voice…
Track 1 #Angeli #ChromeTheEP out now! pic.twitter.com/fcLWo0txnl

Responsible for one of the hottest songs out right now, Ko Por Ke, Marlian Music’s other new act of 2020 also dropped a new EP to end the year.

DJ Consequence just dropped his latest EP, Vibes from the Future. Some of the stars of the future like Bella Shmurda, Oxlade, Bad Boy Timz, Barry Jhay, Lyta, Buju, Victony, and many more. You should def listen to it.

Off the recently-released Flavour of Africa album, Flavour officially released “Doings” as a single featuring Phyno. This one is an instant fan favourite.

Igbo rap veteran, BosaLin just released his brand new album, Better Late Than Never. One of my fave cuts of the project is the joint, Isi Bekee. Another song I’m feeling heavy is the drill cut, Iyoo Tested.

One of UK’s new AfroSwing sensations, Shaybo remixes her most recent single “Dobale” with Indigenous act of the moment, Bella Shmurda.

WizzyPro‘s latest album, Deep In The Game, houses tracks with features from loads of up & coming acts. Barry Jhay, a frequent collaborator, gets one as well. Bump the cut.

Moelogo‘s latest EP, Myself, is an absolute must-listen! An early fave for me is “Mumidani“.

Ceeza Milli – Blessed 2 Have You

Ceeza Milli ends the year 2020 with a love song titled “Blessed 2 Have You.” A sexy tune.

It was only a matter of time before CDQ used the wordplay “See The Queue”. That’s the exact title of his latest EP.

Bump the Timaya collab off it. Then stream the whole EP.

The Drill Hip-Hop subgenre is enjoying a major wave in Ghana right now. Joey B‘s latest collabo with Sarkodie is yet another proof. The joint is “COLD“.

The last – but certainly not the least – project we’re highlighting this week is Kida Kudz‘s Jiggy Pack Vol. 1.