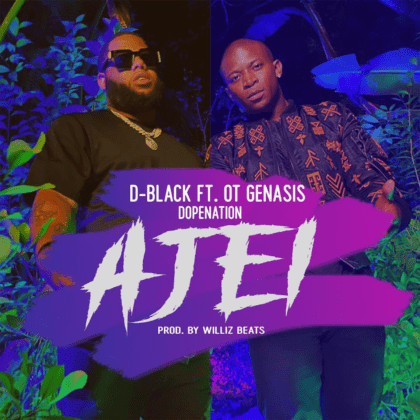 The ‘I’m in Love with the Coco’ hitmaker teamed up with the Ghana Bwoy out in Hollywood a couple months back whilst both of them, signed to Sony ATV, were both working on their respective albums.

SEE ALSO: D-Black & Medikal serve up the video for 'Falaa'

Recorded and filmed in Los Angeles, the Adrian  Per directed music video was produced by Ghana Ace producer Williz Beats and features twin duo Dope Nation on the hook.

The Black Avenue Muzik CEO drops this ahead of the release of his EP 'LOYALTY' on 15th January 2021.

Enjoy D-Black ft. OT Genasis & Dope Nation as they take the Afrobeats sound from Ghana to the world.