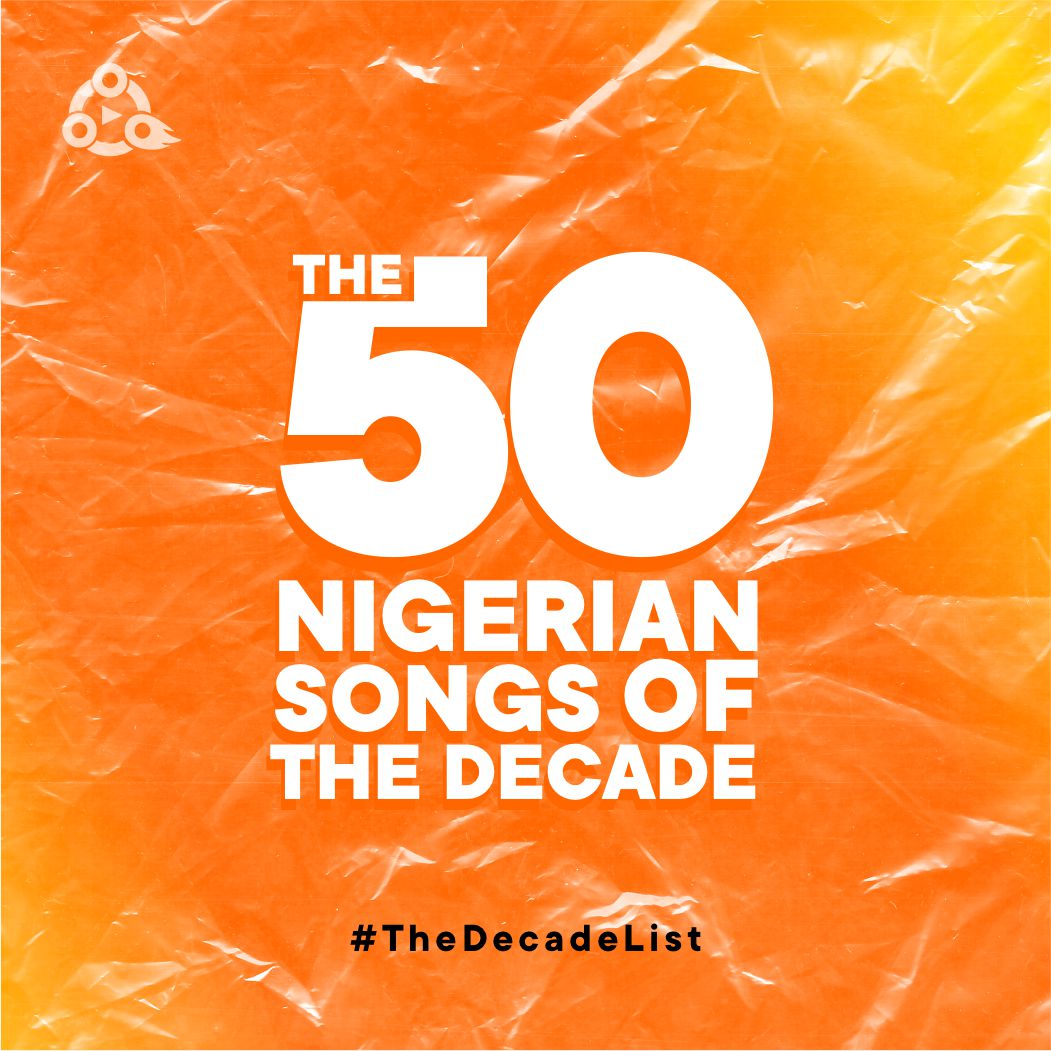 In the past decade, much of Nigerian music has, internationally, fallen into the "Afrobeats to the World" tag. While this may mean we're steady gaining ground in foreign markets, the enduring quality of our sound lies in the Nigerian experience.

Many songs have reflected this. Either directly through social commentary ("Double Wahala") or through love odes spiced by celebrity ("Fall"), or appropriating a viral dance ("Wo!"), Nigeria has proven to be an inspiration to its artistes, with many having made special songs out of the collective experience we all share.

#TheDecadeList, stretching back to 2010, celebrates the biggest – not necessarily most commercially-acclaimed – songs of the last decade (which ended 2019).

With the above points in mind, we put forward #TheDecadeList, curated by our team of music experts here at NotJustOk.com, to lend our voice, to recognize these 50 Nigerian songs released in the last decade. 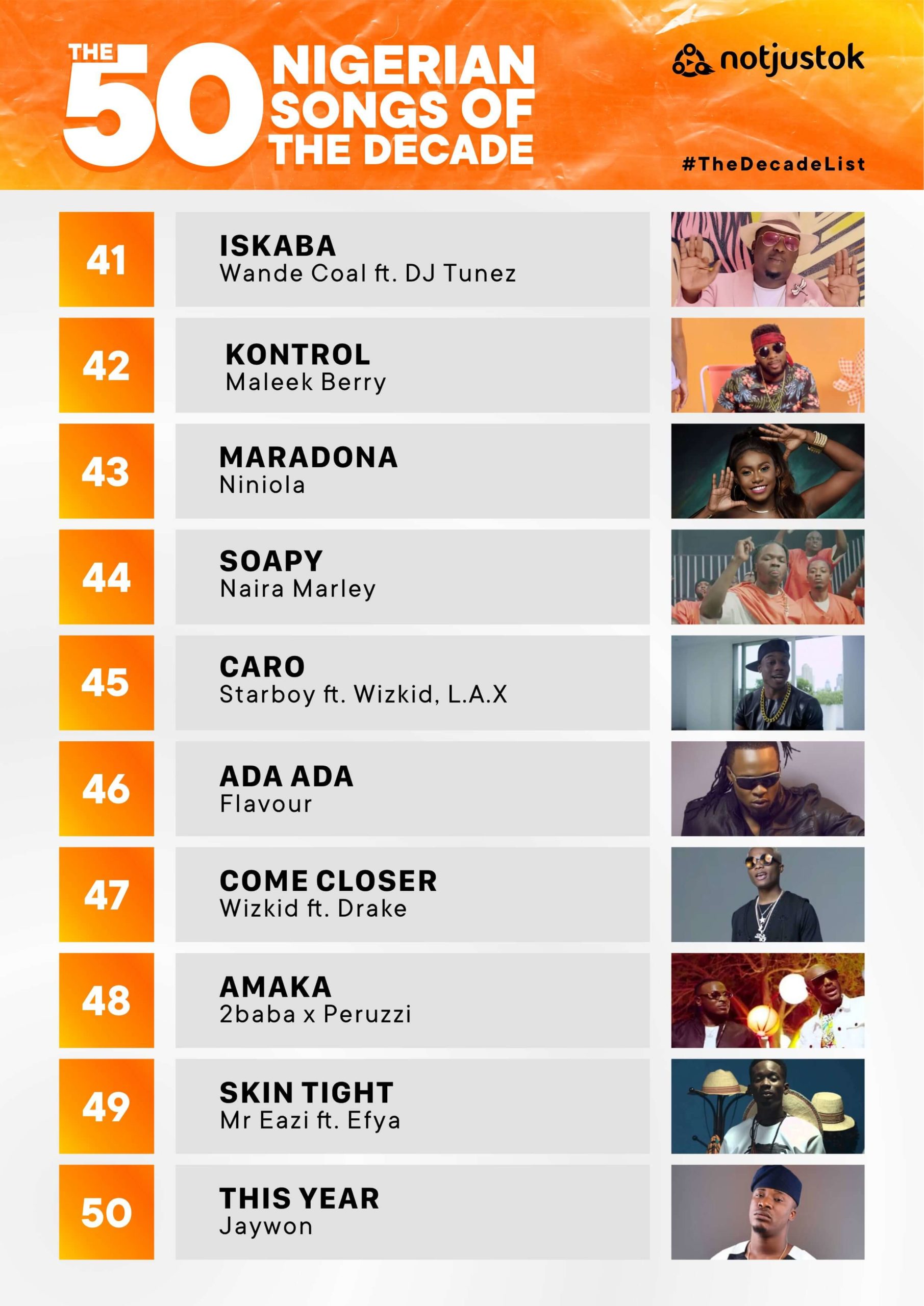 An appreciative number. Jaywon's song was massive as it was released in December 2012, and on the cusp of a new year, it quickly became an annual prayer to many Nigerians.

One of the biggest songs from Mr. Eazi's early career where he patented the Banku sound. "Skin Tight" still remains a cult classic to this day.

Responsible for Peruzzi's breakout, "Amaka" also came at a crucial period for 2Baba who, though his powers were waning, reminded us he could still hold his own. The song quickly caught fire, with many a man relating to its story about a 'promise and fail' character. It became one of the biggest songs of 2018.

After the remix of "Ojuelegba," more international artistes built relationships with Afrobeats power players, and powerful songs were born. One of such is "Come Closer," an Afro Dancehall song between Wizkid and Drake.

For a long time, Flavour's eccentric proclamation of a lady's beauty was the unofficial wedding song across South Eastern states. It remains a classic, seeing as it practically birthed a sub-genre within the Afro Highlife genre.

The Afropop-spiced song, carried by the Starboy duo proved to be an immense success. It rose to become one of the more-resonant hit songs at the time of its release.

Naira Marley provoked the country with "Soapy," a sexually-inciting affair which came with an even more provocative dance step. But in time, people's anger turned to confusion, and from there, Naira Marley set tent, thriving in unusual ways and spaces.

That this song earns royalties from Beyoncé is quite the flex. Back home, "Maradona" was the song which introduced Niniola's racy Afro House sound to many Nigerians.

Maleek Berry's singing prowess went under the radar for much of the decade, but when he got into his zone, very few could match his ability to make a great song. "Kontrol" is no doubt a great song and its commercial and critical impact showed that.

This song reiterated Wande Coal's mastery of Afro Pop elements. Undoubtedly an epic release, "Iskaba" would go on to rock dance floors in a way not many songs can.