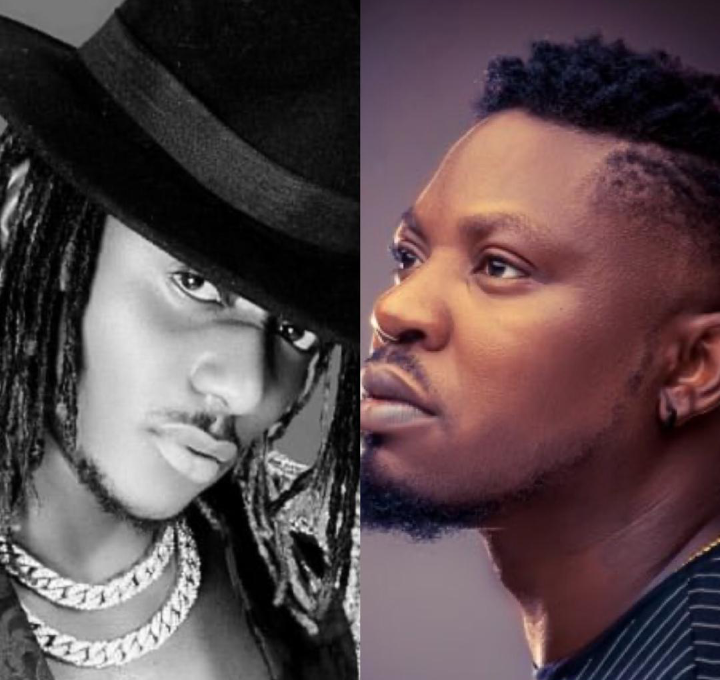 Terry G and K-Solo are two important individuals in Nigeria's music history. Credited with producing the early music of Timaya – which was marked by its protestant nature – K-Solo has, undoubtedly, earned his stripes.

Alongside Terry G, whose production talent found him setting the beats for other artists and himself, both acts marked what a journalist friend dubbed the "tílé tílé era" – to explain this now takes an effort, but what better way than a live battle between both acts?

Following the recent crop of Instagram-held producer battles that began with Sarz and Shizzi, Terry G and K-Solo got their moment yesterday, and as expected, they took us way back, circa 2007, when both acts had just begun to pop into mainstream attention.

Like LeriQ and Chopstix before them, Terry G and K-Solo went into this as friends; before Terry G (who's in London) got onto the live stream, K-Solo played his latest song, "Adura".

That would set the tone of the night, a very friendly affair by two guys who just seemed very happy to remind us that they've been there and done that.

Although K-Solo played Adekunle Gold's "Jore" – one of his favorite songs at the moment – he began the official proceedings by playing Kefee's "Kokoroko".

It was a very emotional and thoughtful moment, similar to what Masterkraft had done for Goldie.

Kefee left us in 2014, but last night shows that her memory and the great glorious gospel she sang of, will never die.

Most of Terry G's songs are produced by him

The Benue-born bell merchant doesn't get enough credit for his producing, but as yesterday showed, his high energy production deserves every bit of props as his hits, of which he played some during the battle.

Terry G played songs like the AY. COM hit "Pass Me Your Love" (in which Terry G features), "Sangalow", and "House of Gingah," off his Free Madness series.

K-Solo had the more versatile catalog

K-Solo, as expected, brought many Timaya classics to the battle. From "Plantain Boy" to "Dem Mama," to "Yankuluya" and "Ogologonma," we got all the goodness and ire that came with early Timaya, the fire and the anger of South youths, of whom, then, Timaya became its face.

But more than just Timaya records, K-Solo played other great songs off his catalog. For one, I didn't know he produced the Paul Play classic "Angel of my Life". Other songs like Charly Boy's "Ninja Bike" and Klever Jay's "Koni Koni Love" was also played by the veteran producer.

On the night, K-Solo had the more versatile catalog, with majority of Terry G's submissions being his own songs.

At some point, the battle seemed to segue into a high level of informality; it was too friendly, and the viewers were the sufferers. Both K-Solo and Terry G had a good time, one could tell. But from that point onwards (which began with Terry G suggesting they play two songs each, instead of one at a time), it became more like a video call between two friends, rather than an important moment which had thousands viewing from their homes. At some point even, they started repeating songs, especially Terry G.

It could have been better, really. Especially the final stages.

Given the reputation of both acts as veterans, there was no surprise that the battle pulled the weight it did, especially with the celebrities it pulled. The usually reclusive Wizkid tuned in, Adekunle Gold was ever present, artists who'd worked with the producers – Reminisce, Klever Jay, Durella. Rap legend M.I Abaga also showed up for the two titans.

Per overall viewership, the numbers peaked at about 1.6k people.

In all, we got good content, no doubt. Even though nostalgia played its course in making the night too friendly – we enjoyed the most parts of it.