American Superstar, P.Diddy Reacts To Falz ‘This Is Nigeria’ – Here’s Why It’s A Big Deal! 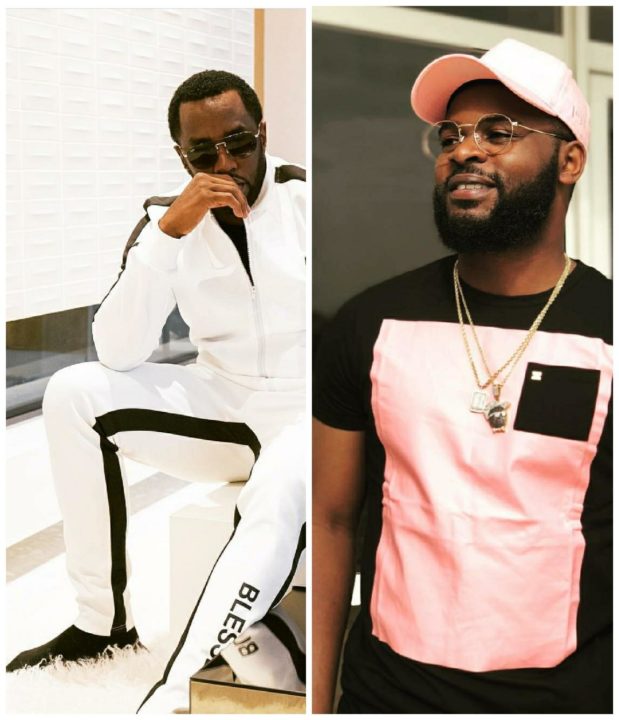 Who hasn’t listened to  Falz’s ‘This is Nigeria’, do that now!

Anyways, American hip-hop legend and business mogul, Puff Daddy has reacted to the socio-political track and that is a big deal and everyone except Falz cannot keep calm about it, “but is a big deal?” Some ask.

Sending love to Nigeria. So many great, beautiful artist changing the game!!!! ???? ✊? @falzthebahdguy

Why is it a big deal that Puff Daddy (P Diddy) acknowledged the song?

Well, it talks about the plight of the people and the state of the country Nigeria, but most importantly, Falz has used music like art to try to correct the ills of the society, which is a huge deal and quite a courageous move.

This brings me to the ‘Art for art sake ideology’, a French slogan, (l’art pour l’art) which means that art is an individual expression of self, and its chief and only aim is to express how an artiste feels which in most cases can be devoid of any didactic.

This ideology has been criticized by the like of Chinua Achebe who termed the idea as just another “deodorized dog shit” as art is meant to be a functional tool to correct the ills of the society and to other prominent writers like Sedar Senghor from Senegal, art for art sake does not exist in Africa as all art is expressed for the sake of a “because”.

Sorry to take you to those ideologies, but it is in that premise that I find the acknowledgment of the American superstar useful. It is not because he is acknowledging Falz, because I am sure he should know Falz already, it is the work he is acknowledging, showing the world that he has watched this video and understands like a Nigerian why a song like this is important, which if he is sharing on his platform will further reach other influencers that will support the message Falz is sending in This is Nigeria.

This is not to discredit the expressions of other artistes, but what Falz has expressed is the reality of every Nigerian and to see that someone with an influence such as Puff daddy also relates or can understand, this is taking the words farther which for Nigerians is very important considering 2019 election is almost here.

P.Diddy endorsing not just the artiste and the creativity behind the work but also acknowledging the plight of the nation by sharing the video means a lot, it shows some Nigerians who haven’t taken a stand yet in the coming election to do so with an understanding. It shows the government, that is if they notice, that the world is not just seeing them, but consciously looking at their every step, hopefully, they care.

But in all these, we should also understand the influence entertainment has, and if only just one artiste like Falz revives the work the likes of legendary Fela Anikulapo Kuti started by calling out who needs to be called out and according to  Chimamanda in her recent speech in Harvard to the class of 2018, standing for nothing but the truth no matter how hard it is. If just one person like Falz to let the world know that in the midst of all the 30 Billion we are singing about, the girls, the money-themed hits, and the escape we have decided to bask in with songs that are far from our present reality, Nigerians do have a reality they are not happy with, a reality that threads on Twitter might not do justice to, a reality that a social media post might not work be as effective, a reality that this song has done great in telling and telling it truthfully. We need more artists to do that and the acknowledgment this song is getting only encourages the artiste to create more works that highlight social ills in the society and let the government know that they are watching and they won’t just vent on social media, they’ll do everything with the voice and platform they have to ensure the country move forward, even if it’s just an inch forward.

The leaders of a nation wouldn’t feel as relaxed if they have artistes using their art to question the leadership of the nation(that alone was visible during the times we had great men like Fela), but so far, that has not been the case for Nigerians because some of our artistes are not social critics or commentators and this post is not to say they should start making all their songs about socio-political issues, but it is to let them know that they have the power because they have the people and how they use that power they have truly mattered.

We all know the people on the table Falz is shaking are not new to being shaken, and he did shake a lot of tables. I’m sure some people are thinking this might not make any difference because it is, after all Nigeria, but you’ll be surprised if all the difference it made is for them to be a little bit more concerned about Nigerians when they make their decisions, then it has made a difference.

Falz, a law degree holder, and also a great creative artiste has shown that he is just like his parents; Femi and Funmi Falana who has the interest of people at heart and will use his voice in music to speak out for them which is unlike his parent’s conventional act of activism.

Watch the Video of This is Nigeria