Made In Lagos: Why The Wizkid Album Will Be A Massive Moment 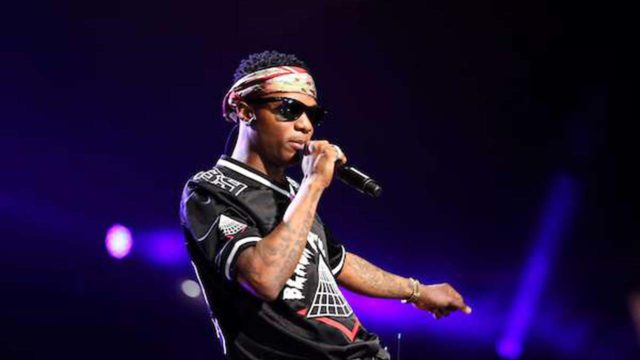 The title of Wizkid's next album is Made in Lagos and is bound to have a massive effect on Nigeria's industry upward movement. It's one of the most anticipated albums of this generation, and one wonders how great an impact it would make upon release.

Currently, Made in Lagos is trending on Twitter, and one wonders how long before Wizkid does. It's a pattern that's long been maintained: Wizkid, famous for his personality as a recluse, posts a cryptic message relating to the album. His fans take it, run with it. Trend.

Today, it was a picture of the famous Three Wise Men and the caption underneath. Tomorrow, it might be a two-second snippet, next week, a word from a Wizkid affiliate declaring the greatness of what is to come.

Even if Wizkid’s Zion or Boluwatife just cry all through Made in Lagos album...it’s still the best thing that is going to happen to Africa this year!

Thank you Wizkid for blessing us with Made in Lagos in advance! Fully anticipating ??

Even if Wizkid’s Zion or Boluwatife just cry all through Made in Lagos album...it’s still the best thing that is going to happen to Africa this year!

Towards the end of the decade, some detractors, pulling up Davido and Burna Boy (the latter having a great run after "Ye") as challengers to his number one spot. Olamide was in his place, too, doing his thing. Then bring in the crop of young artists who blew around the period (popular among these Joeboy, Rema and Fireboy DML) and you got the hit-driven generation saying that perhaps Wizkid has lost it.

The pillar of their opposition was the reliance of Wizkid on a particular melody, and it was tiring, they suggested. Joeboy was making young people music, happy, and thoughtfully written. Fireboy became a generation's voice for love and its complexities. Rema's versatility saw him pushed to the world in no time, getting a Drake to cosign earlier this year. It was understandable that a generation some would doubt Wizkid, but he did respond. With the music.

Soundman Vol. 1, put forward as the effort of Starboy Entertainment, featured the sonorous vocals of Wizkid on all its tracks, with features ranging from Nigerian producer/artist Blaq Jerzee to Jamaican act Chronixx. It was a great effort, and I shared these thoughts in my review:

Therein presents the nagging concern on Soundman Vol. 1: that the production isn't boisterous enough, and often too familiar. While that is, well, too bad, most listeners clicked play for Wizkid, and on most songs, their stanship is rewarded. The critic who demands the WurlD (pun very intended) from Wizkid should hold nothing against the listener who curses out on his/her woke observations. To them, Wizkid's musical presence is much more than just lyrics. And that's all fact, no cap.

Made in Lagos is not coming now, but when it does, it will shake the internet for a massive moveent. And they'll be a couple of factors to account: the anticipation, the power of his fan base, Wizkid FC, his adored personality, and most importantly, Wizkid himself, a cultural monolith who's shaped a generation in his person.