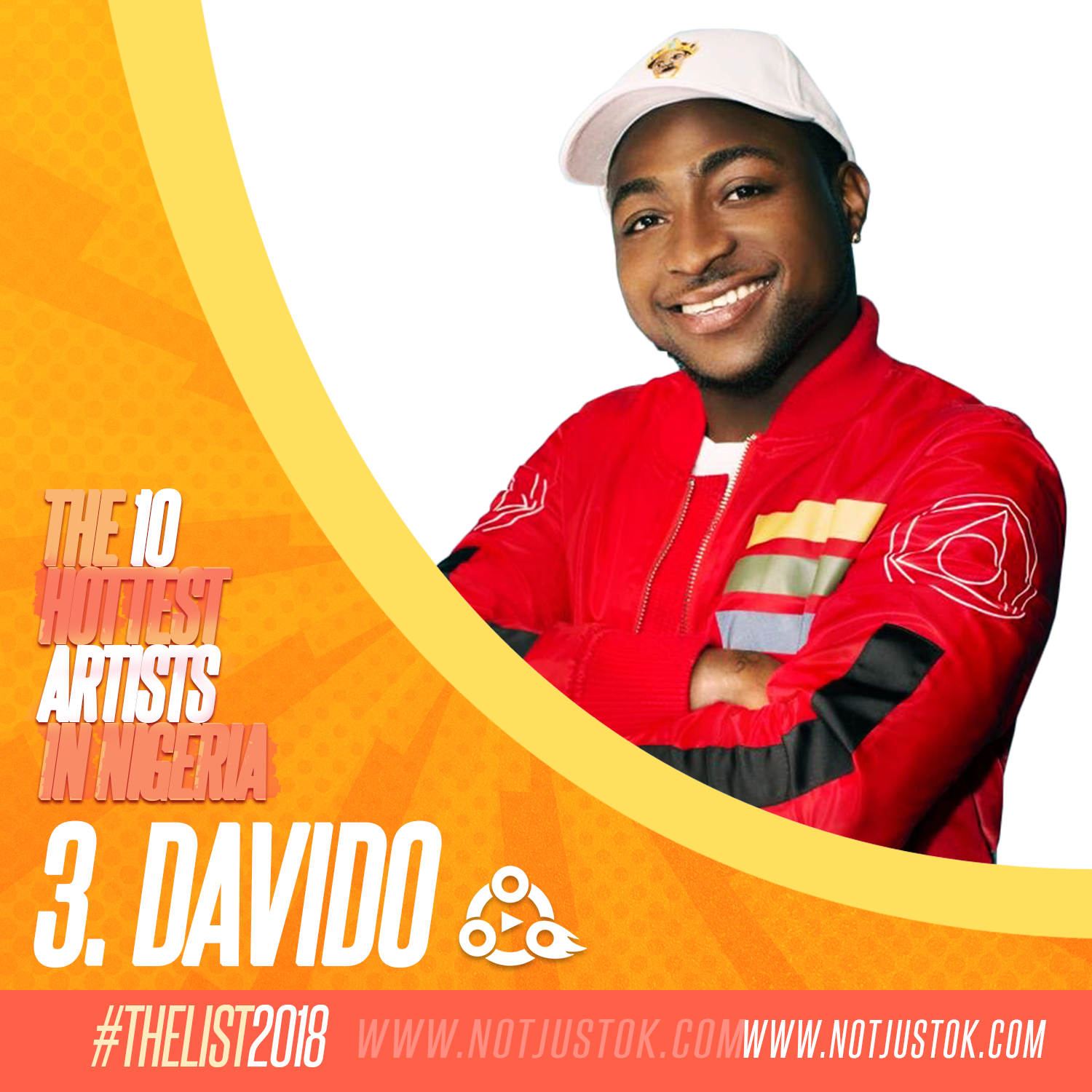 In terms of the volume of work released in 2018, Davido probably tops the rest. In terms of endless tours home and abroad, Davido takes the cake. On the international scene, with 2017 singles “IF” and “Fall” getting mainstream airplay in places like New York City, appearing on the BillboardR&B/Hip-Hop Chart this year, Davido arguably wins it as well. Throw in the “Best International Act” Award at the BET Awards 2018, and you’d easily find yourself voting him #1 for the 3rd time in 5 years.

However, the strength of his 2018 singles is what makes OBO miss out on the top 2 spots, both of which are occupied by 2018 anthems.

In terms of solo hits, “Assurance” and “Nwa Baby” are Davido‘s 2 stand-out singles of the year.

“Assurance” was the talk of the town immediately it dropped, with Davido gifting his girlfriend, Chioma, a Porsche, and having her star in the video as his love interest. That was a fun week on social media.

“Nwa Baby” was a song that fans had anticipated for months prior to its release, thanks to a studio video Davido posted on twitter. That alone made the joint a hit even before it dropped.

Davido‘s last single of the year, “Wonder Woman“, has been received quite well, due to the strength of the video.

In summary, A 3rd spot for Davido on #TheList2018 isn’t because he’s not had a stellar year. He has had a great year. He just didn’t kill it at home like he did in 2017. He spent more time blessing artists with features, while pushing his DMW acts to the forefront, which is actually a great thing. The pressure is on now… there’s a 3rd big name in the mix. Expect OBO to crank things up once more in 2019.