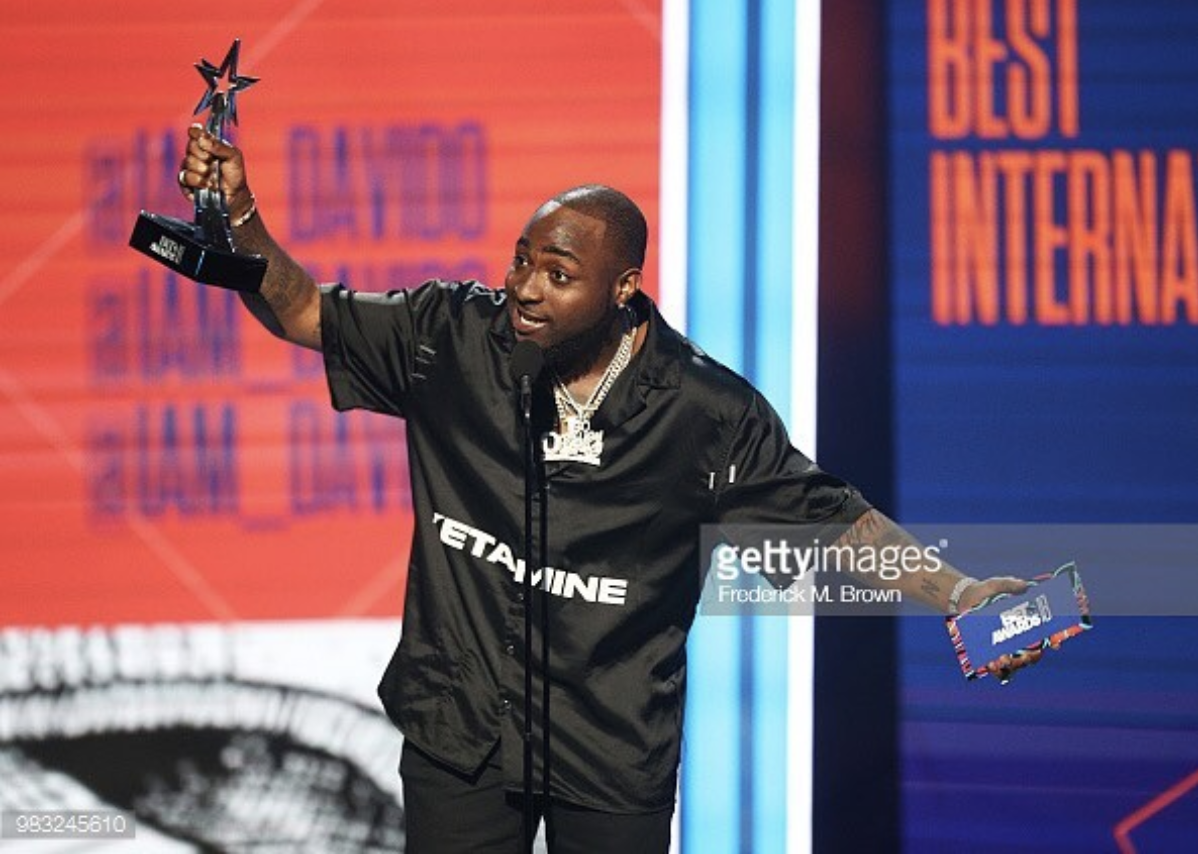 Nigerian superstar, Davido has added another star badge to the list of badges already in his possession as he won the BET Award for Best International Act.

This Award was presented to the star in the early hours of today at the BET Awards ceremony where stars such as DJ Khaled, Jamie Foxx, Boris Kodjoe, 2Chainz, Neyo, TI and many more.

In his acceptance speech, the chairman of the 30 Billion gang, Davido appreciated Nigerians, BET, his family and everyone that have supported him and gotten him this far. He went ahead to encourage other international artistes to come invest in Africa, a continent that has been so blessed and still being blessed; calling on them to collaborate with him and other African artistes to create magic.

Davido has been going from one great award to the next and this is his 4th award for the year 2018 as he won three awards earlier this year at the Headies 2018.

In 2017, Davido had won the award for Best African Act at the MTVbase Awards and also other national and international awards.

Congratulations Davido on this big win, you're a definitely a goal to many artistes.

‪I don't dream at night, I dream all day; I dream for a living. ‬